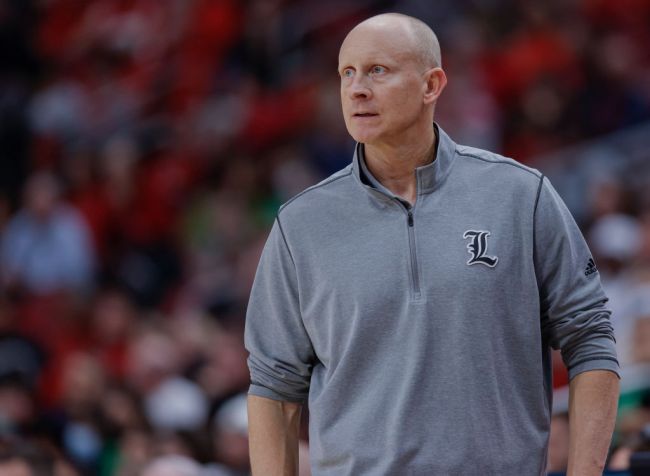 The Louisville basketball program used to be one of the most consistent programs in all of college basketball. Year after year they were among the teams competing for conference titles and a top seed in March. That has not been the case over the last season and a half.

Last season, the Cardinals struggled for consistency, lacked any particularly strong wins, and were eliminated in round 1 of the ACC tournament. They were also left out of the NCAA tournament field.

This season, their results have been even worse and now the program is reportedly ready to make a big move to try and right the ship. According to The Athletic, they’re ready to fire their head coach if they can get board approval on a separation agreement.

A source has confirmed to ⁦@TheAthletic⁩ that Chris Mack and Louisville are finalizing a separation agreement pending Board approval tomorrow.

The move comes at an interesting time for Louisville. They are currently on a two game losing streak after dropping a game to Virginia by 12 last night. That loss followed a disappointing home loss to Notre Dame.

They’re scheduled to take on 9th ranked Duke on Saturday and will now be doing so with an interim head coach. This season’s results have been particularly disappointing as the ACC as a conference is struggling this season. It presented an opportunity for Louisville that has been squandered.

Currently 11-9 overall and 5-5 in the ACC, Louisville has their work cut out for them if they want a spot in the NCAA tournament. Maybe a head coaching change will spark the team to improve their play.