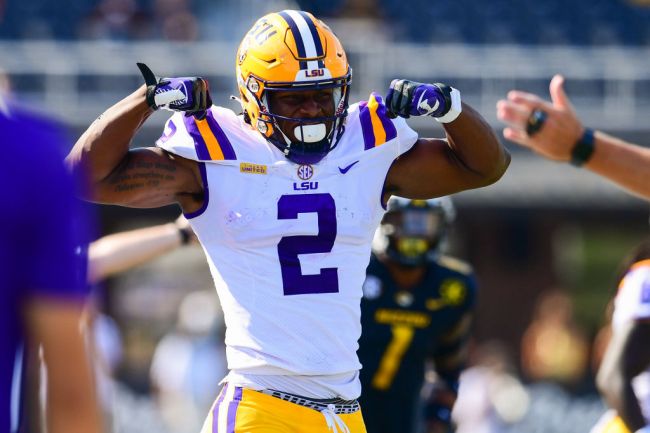 LSU’s season has not gone as planned, and now the Tigers have a new hurdle to manage as they’re dealing with a COVID-19 outbreak. The Tigers’ game against Florida earlier in the season was already postponed and now their game against Alabama this Saturday appears to be in jeopardy.

While head coach Ed Orgeron did not state the exact number of positive tests there are within the football program, he did say “the numbers are high.”

“It started last week,” Orgeron said. “Probably Tuesday or Wednesday, I was told of some guys who had COVID. And the numbers are high because of the quarantine. That’s when you get into the low (scholarship) numbers.”

As far as where the outbreak stems from, Sports Illustrated’s Ross Dellenger reported that a party around Halloween played a big role.

#LSU’s outbreak stems from a party around Halloween and, because of contact tracing, has put the Tigers dangerously close to the SEC’s 53-man threshold to play, sources tell @SINow.

Team is very thin at defensive back and quarterback.

The SEC protocols require a team to have at least 53 healthy scholarship players heading into a game while NCAA guidelines require anyone that tests positive sit out for 10 days and have three days without symptoms before returning to the field. Those individuals who fall into the ‘high risk’ contact tracing from those infected must sit out for 14 days.

LSU and Alabama are scheduled to play in Baton Rouge on Saturday at 6:00 PM EST.