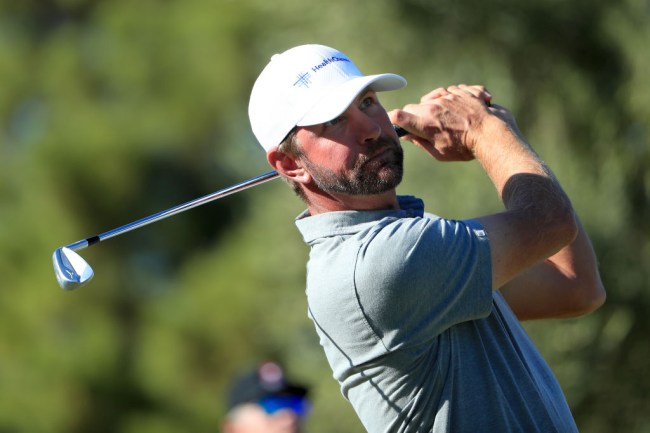 Wednesday was a significant day, to say the least. The NCAA announced that the NCAA Tournament would be played without fans, the NBA suspended its season after Rudy Gobert tested positive for coronavirus and President Trump announced a travel ban from most of Europe for the next 30 days.

Given those three situations, among many others, it felt like it was only a matter of time before the PGA Tour would announce that this week’s Players Championship would either be canceled, postponed or at the very least played without spectators.

That announcement never came, however. The Tour’s premier event is taking place as scheduled with thousands of fans watching the game’s best at TPC Sawgrass.

At this point amid the coronavirus outbreak, it’s surprising to see a sporting event take place as it regularly would, but here we are.

Lucas Glover, who is in the field at The Players this week, took a shot at the Tour ahead of his first-round tee time.

Rest of sports and media: why don’t they drug test on the @PGATOUR

Tour: okay, we better start doing that too.

Rest of sports and media: think we better stop and stay away from crowds.

While the message is very clear in Glover’s tweet, maybe the most interesting thing about it is the timing of it all. He sent that tweet out at 7:01 AM EST, just 50 minutes before his tee time. He was clearly feeling some type of way and couldn’t help himself from putting the message out into the Twitter world.

Golf Twitter was on fire on Wednesday night following all of the announcements from President Trump and the NBA and took notice of something rather interesting.

The Chainsmokers held a concert on the Par 3 17th on Tuesday out at Sawgrass which drew a huge crowd. The Tour tweeted out a handful of videos of the concert that night but posted another on Wednesday night just after 9:00 PM following the President’s travel ban announcement.

People noticed it and the Tour was quick to delete the evidence.

Wow. @Josh_Berhow Tweets this point about the NBA suspending, @THEPLAYERSChamp moving ahead, and already the @PGATOUR deletes evidence of yesterday's concert? pic.twitter.com/ZrxMPwEy4Q

Sidenote: hey, Twitter, can Glover get a blue checkmark? This is a 2009 U.S. Open champion we’re talking about here.