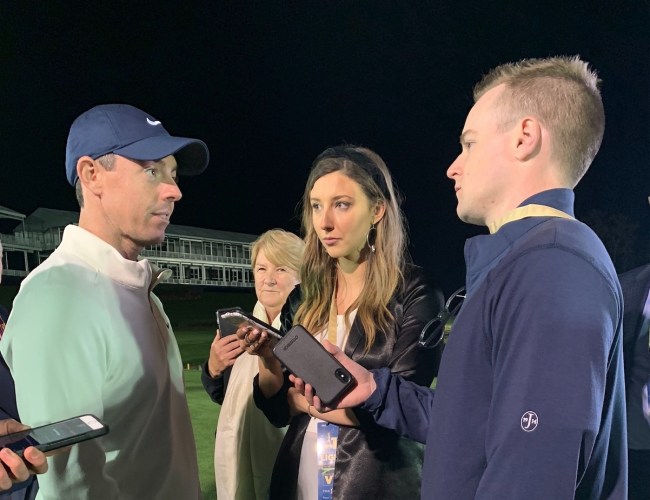 There is something about The Players and TPC Sawgrass that feels special. Whether you’re watching it on television or sitting within the incredible stadium setting around the Par 3 17th, something is different about this place.

We had the privilege of paying a visit to Ponte Vedra Beach and TPC Sawgrass for The Players media experience to get a glimpse at what the 2020 event will entail and witness first-hand the overall prestigiousness of the home of The Players.

Rory McIlroy was on-site for what was his first trip back to TPC Sawgrass since winning The Players last year.

McIlroy was the man of the night tabbed an ‘Evening with the Champion’ with Optum, both one of the presenting sponsors of The Players and one of his own sponsors. The night was a preview of The Players Club and featured McIlroy and Carson Daly record an episode of their podcast featured on Golfpass. The duo also shot a promotional video for NBC in which they both hit shots under the lights at the iconic Par 3 17th. 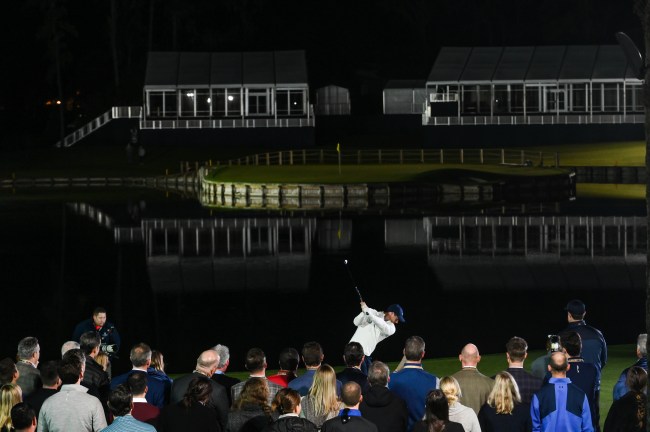 We had the opportunity to chat with the four-time major winner about what exactly it is that makes The Players feel different than other PGA Tour stops and why TPC Sawgrass is such a special place. It certainly became a bit more special for McIlroy after winning last year’s Players, but there’s no denying that there is something different about this place compared to other stops on Tour.

“It’s a very elevated Tour stop, everyone has their own parking spot, the locker room is pretty special, the practice facilities, all those little things that sort of add up over the week,” McIlroy said about the experience during The Players. “You look at the double-decker hospitality units and that’s become bigger over the years, more of an atmosphere and more of a buzz.”

The first thing you notice when stepping foot on property is just how green everything is. For the second week in January, everything is incredibly vibrant and lush, which has to do with the rye overseeding that makes everything pop.

“I think the golf course looks way better than it used to as well,” McIlroy explained. “There have been huge improvements made with the overseed, the tournament moving to March. Look at how lush and green everything looks, it  looks so clean.”

As for a comparison based on just how green and lush TPC Sawgrass looks there are certainly worse spots to be compared to than Augusta National when talking about course conditions and overall appearance.

“Esthetically, it’s just really really good. When I came here last year before the tournament and saw the place, I was like wow. I don’t want to make comparisons to Augusta, but it sort of feels a little bit like that and I think that’s a really good thing,” according to McIlroy.

Rory putting on a stripe show this morning. #TPCSawgrass pic.twitter.com/xf6CWb2DK6

We’re going to have plenty more to come centered around The Players and TPC Sawgrass plus a first-person perspective of getting to play the Stadium Course. We’ll also have more from McIlroy, too, so stay tuned.