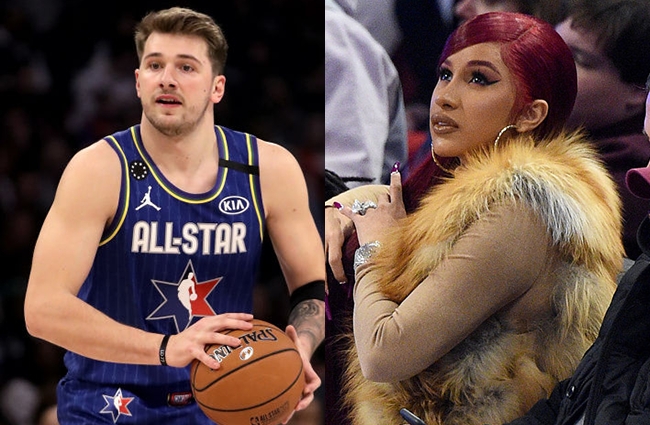 Luka Doncic was one of the most highly-touted prospects in the 2018 NBA Draft class and it’s safe to say he’s lived up to expectations after he was scooped up by the Dallas Mavericks with the third pick and proceeded to take home Rookie of the Year honors.

The 20-year-old Slovenian hasn’t even played two seasons in the league but is already outpacing some of the best guys to ever step onto the court at an early stage of what promises to be a phenomenal career if he continues at his current pace.

Only 45 players have been tapped to play in the All-Star Game during their first year in the league, and while it appeared Doncic had a solid shot of becoming the 46th one last year, he was ultimately passed over and wasn’t shy about hiding his disappointment.

Luka Doncic being told he didn’t make the All Star Game 😐 @luka7doncic (via ximo.pierto/IG) pic.twitter.com/d3jPENj4WL

After proving his performance last season was far from a fluke, Doncic managed to secure a spot on this year’s Western Conference squad and donned a Team LeBron jersey before taking the court in Chicago on Sunday night, and while he didn’t exactly light up the scoreboard, he still contributed eight points and four assists in the winning effort.

Doncic is poised to be a force to be reckoned with for the foreseeable future but he’s still adjusting to his burgeoning stardom and is still capable of being starstruck despite being a star in his own right.

Following Sunday’s contest, Doncic spoke with reporters to reflect on the game and said he spent a chunk of it scanning the courtside seats to check out the celebrities in attendance and enthusiastically admitted there was no one he was more excited to spot than Cardi B.

Luka said he was scanning the courtside seats tonight to see which celebrities were watching.

His favorite: Cardi B pic.twitter.com/W7VvAXBXXD

Doncic has sung the rapper’s praises before, as he hopped on Twitter during Super Bowl LIII and expressed his wishes to see her make an appearance at a halftime show.

@iamcardib should be in a halftime show….😃💯😂

Now, he can say he’s officially made it after his postgame comments came to the attention of the Bronx native and resulted in her giving him a shoutout.

Offset must be thrilled.