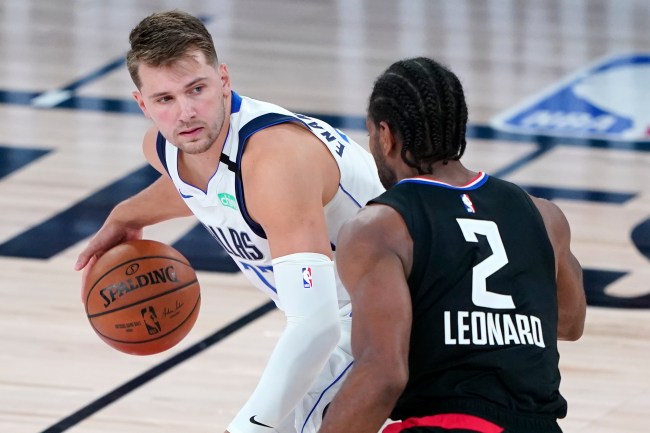 There appears to be some serious friction between the Mavs and Luka Doncic and fans are not taking it well.

Earlier this week, The Athletic dropped a bombshell report that revealed Doncic was having issues with the team’s consultant Haralabos Voulgaris, who is reportedly seen as the team’s shadow GM.

Bob Voulgaris has been the most influential voice in the Mavs’ front office since being hired: initiating transactions, dictating rotations, and even frustrating Luka. There are internal fears how it could affect Luka's future.

Internally, there are concerns the front office’s dysfunction has hurt its ability to do so — and that poor relationships Doncic has with key members of the franchise, including Voulgaris, could impact his current desire to remain in Dallas long-term

Dallas announced Voulgaris’ hiring in the fall of 2018 with a title — director of quantitative research and development — that vastly understated his actual role. Multiple league and team sources tell The Athletic that Voulgaris has been the most influential voice within the Mavericks front office since joining the team, either initiating or approving virtually every transaction made over the past two seasons. Those same sources add that Voulgaris has frequently gone as far as scripting the starting lineups and rotations for longtime head coach Rick Carlisle.

As Cuban blew off the report as “total bullshit”, the team went on to fire longtime GM Donnie Nelson which apparently didn’t sit right with Doncic considering the two had a close a relationship.

Marc J Spears on The Jump:

– Luka is upset at Donnie Nelson firing
– Luka will comment about the firing tomorrow
– There are not currently ongoing talks on his extension.

“Donnie was fired, he’s been there since 1988 and I’ve heard that one guy who’s really upset about it,is the guy you don’t want upset about it. Luka Doncic. They were really, really close.”

On Thursday morning Doncic released a statement on how it was tough to see the Mavs part ways with Nelson, the person who drafted him back in 2018.

Luka Doncic, from Slovenia with his national team, on Donnie Nelson's Mavericks exit:

"It was kind of tough to me. I really like Donnie. I know him since I was a kid and he was the one that drafted me. It was tough for me seeing that, but I'm not the one making decisions there."

Mavs fans immediately started freaking out due to the fact that Doncic doesn’t seem happy in Dallas right now.

The Mavs put themselves in this situation and needed somebody to blame.

What are we doing?! @mcuban https://t.co/wyurvdqfVl

In a league totally dominated by the players…bold tactic by the Mavericks to go out of their way to make their one and only generational superstar mad.