Luka Doncic Believed The Kings Were Going To Pick Him In The NBA Draft, Reveals Why He Thinks They Decided Not To In The Long Run 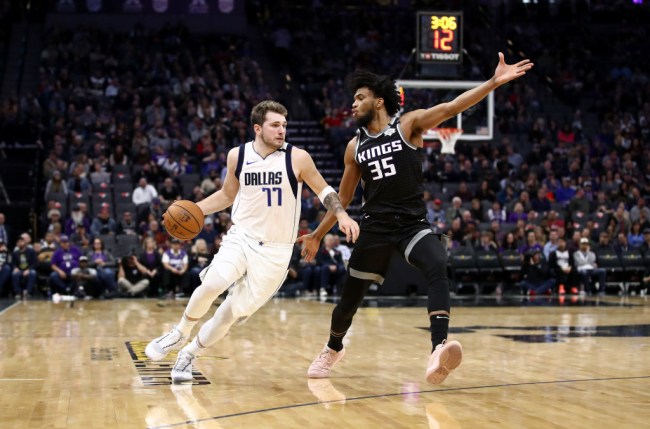 After earning Rookie of the Year honors last season and playing himself into legitimate league MVP discussions this season, Luka Doncic has made both the Phoenix Suns and Sacramento Kings look foolish for passing up on him in the 2018 NBA Draft.

Phoenix picked Deandre Ayton out of Arizona with the first-overall pick that year while the Kings selected Marvin Bagley out of Duke with the No. 2 pick.

Now, if we’re being honest here, plenty of people doubted Doncic and his game leading up to the draft. He was a bit of a question mark playing for Real Madrid even despite the fact he was named EuroLeague MVP. He never played college hoops, but instead elected to play against grown men as a teenager which, for some reason, made teams a bit skeptical about making the transition to the NBA.

Atlanta was the team that actually pulled the trigger on Doncic taking him with the No. 3 pick in the 2018 NBA Draft before they dealt him to Dallas for the draft rights to Trae Young.

With that being said, Doncic actually believed that Sacramento was going to end up selecting him after Kings staffers, including the team owner, made a trip to Madrid to watch him play.

“They came to Madrid (to see him play for Real Madrid and to share a dinner on June 5, 2018),” the 20-year-old Doncic told The Athletic about the Kings’ visit leading up to the Draft. “They came with the owner. Everybody came, so I honestly thought they were going to pick me.”

While the Kings’ decision to take Bagley hasn’t turned out to necessarily be a bad move by any means, I think if you asked any Kings fan if they could go back and take Doncic instead, they would obviously say yes.

Doncic offered up his own thoughts as to why Sacramento decided to pass on him as he believes that it was due to the fact he was playing in EuroLeague and not college basketball back in the States at that age.

He may have been averaging between 12 and 14 points, but Doncic was also an 18-year-old playing against men with plenty of years of professional basketball under their belts.

Hindsight is always 20/20 and teams miss out on guys each and every year, but this one has got to sting for the Kings.