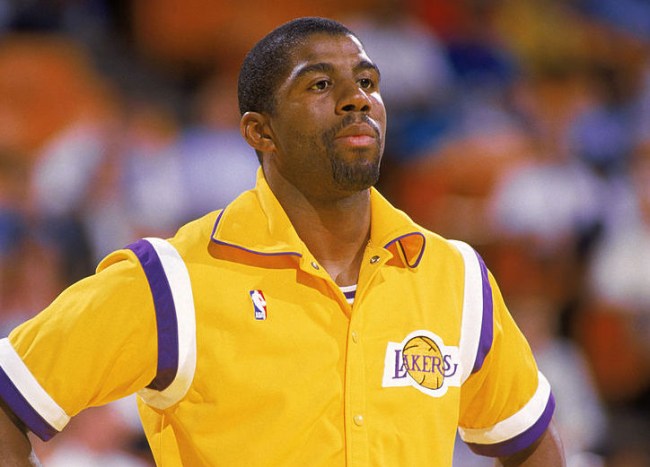 I have something to admit: I am not a basketball guy. I know, I know. I’m sorry.

It’s not that I actively dislike it but I’ve just never paid much attention to the NBA. However, like millions of other sports-deprived viewers, I recently tuned into ESPN’s wildly popular Michael Jordan documentary The Last Dance, which gave me a new appreciation for the sport.

Now, Variety reports another NBA legend and one of MJ’s fellow Dream Team members is about to get the documentary treatment himself, as Magic Johnson will be the subject of an upcoming feature-length film that will combine archival footage with video filmed by a crew that will be given “unprecedented access” to the former Laker.

Johnson’s basketball career was nothing short of phenomenal. In his 13 seasons with Los Angeles, he won five championships, three MVP awards, another three Finals MVP awards, and was a 12-time All-Star before retiring in 1996—which was more than enough to get him inducted into the Basketball Hall of Fame in 2002.

Perhaps even more significant than his achievements on the floor has been his fight against AIDS. Johnson announced that he was HIV positive in 1991 and has been a powerful advocate for treatment and research ever since. He has also had tremendous success as a businessman by investing in movie theaters, sports teams, and other ventures as the CEO of Magic Johnson Enterprises.

After watching The Last Dance, I’m very on board with this. NBA players are often full of surprises and I’m sure Johnson is no exception. His story could be even more inspiring than Jordan’s, and if nothing else, I’m sure we will get some awesome Magic Johnson highlights set to a great ’80s soundtrack. Sign me up.