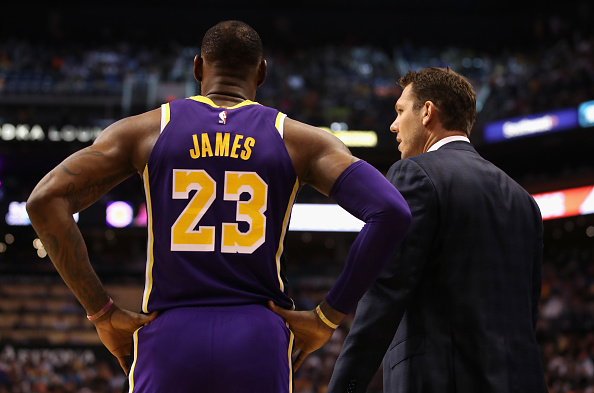 After a 3-5 start it seems like Johnson is changing his tune and is now putting coach Luke Walton on the hot seat over the team’s performance.

Johnson’s cutting appraisal elevated an already acute awareness within the Lakers coaching staff that there are intense and immediate pressures on Walton to deliver the franchise a winner in short order.

Despite Johnson’s prior proclamations of needing to allow time for Walton to develop a young roster surrounding four-time MVP LeBron James, evidence is mounting that Walton’s job security ultimately depends upon his ability to significantly improve upon a 3-5 record to start the season.

Johnson’s pressure has reportedly even reached up to owner Jeanie Buss who has been a vocal proponent of Walton in the past.

Johnson’s aggressive meeting tone circulated to individuals throughout the organization, including to principal owner Jeanie Buss, league sources said. Throughout his tenure with the Lakers, Johnson has earned an internal reputation for an often-time volatile management style, including with his handling of Walton and the coaching staff, sources said.

Every single one of LeBron James coaches in the past 7 years have felt pressure to win while getting into slow starts with teams led by him. we’ll see how long of a leash Walton has this year.