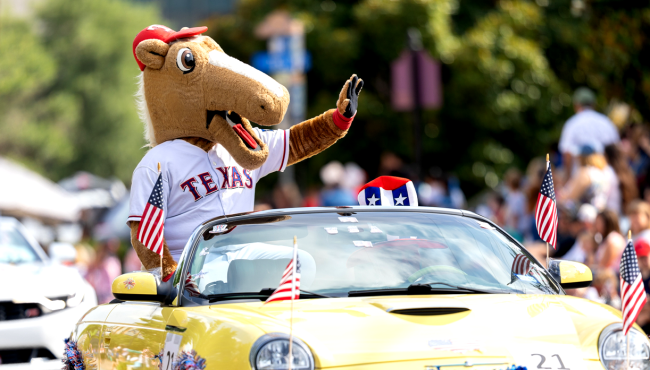 Major League Baseball has proven time and time again that it can literally screw up just about anything.

This is especially true when it comes to the league’s decisions on special uniform designs (see: 2021 All-Star Game, Players’ Weekend 2019).

Why Major League Baseball struggles so hard to come up with decent alternate designs for team uniforms is one of life’s great mysteries when Minor League Baseball teams are able to do it so well year after year.

This season is no exception as MLB has once again made the masses groan with a new uniform design, or well, cap design.

For the 4th of July weekend, all Major League Baseball teams will be wearing caps slathered in red, white and blue. Yes, even the Toronto Blue Jays.

Major League Baseball releases the 2022 4th of July cap collection, teams will wear this from July 1-4 (I'm betting the Blue Jays will not be wearing theirs for at least one of those dates)

My story with my thoughts, more pics and info on how to buy here: https://t.co/BhO1jR3NMF pic.twitter.com/1dWtETU5y5

One certainly has to wonder what Major League Baseball was thinking when they decided to have a Blue Jays cap covered in the stars and stripes.

Who wants to tell them? https://t.co/xdG6D5EW4x

Baseball fans, never ones to shy away from criticizing the powers that be in the game, were quick to jump on social media to express their displeasure with MLB’s 4th of July caps design.

“Between the City Connect hats and the 4th of July one, the Rockies have unleashed an all out ocular assault on us all,” one person wrote on Twitter.

“Looking forward to the @MLB releasing the Canadian flag inspired hats for the @Yankees & @RedSox and all other AMERICAN teams for Canada Day on July 1st,” another fan commented. “The @BlueJays are CANADA’S team. We don’t celebrate the 4th of July. Keep your stars & stripes away from our team & country.”

Usually they alter the Jays hat to be all-red or otherwise acknowledge that no, Canadians do not "celebrate the 4th of July holiday". Many residents in and around Toronto are in fact descendants of United Empire Loyalists who fled the rebel colonies during the war. pic.twitter.com/VfjFJBDPnK

How unfortunate. Where is the Canada Day Blue Jays hat? Why did MLB choose to make a 4th of July hat for all teams, and not also make a Canada Day hat for ALL teams. What an ugly hat. No way am I spending $45.99 on this garbage

“I get the 4th of July hat every year, but these are worse than hideous,” complained another fan.

Between all the Toronto complaints and the plethora of MAGA–related comments, Major League Baseball has once again managed to successfully screw something up that should in reality be very, very simple.

What the founding fathers wore pic.twitter.com/FJlRU46n0t

These 4th of July hats were so much more simple and clean. #mlb pic.twitter.com/UQ44sz2eLK