MLB Reveals New Rules And Protocols, That Will Be Violated Repeatedly, For 2020 Season 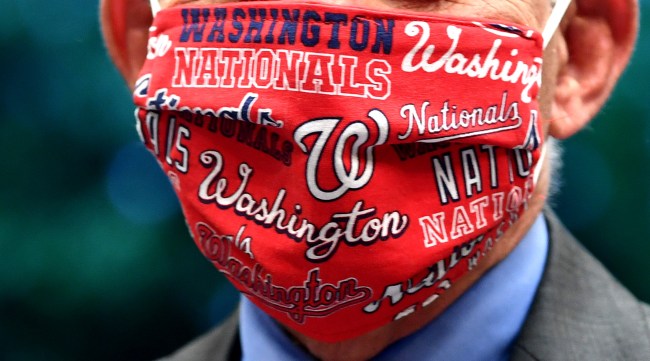 After much back and forth Major League Baseball players and owners finally came to some sort of agreement last week that will allow them to actually have a 2020 baseball season.

As we also saw last week, some of the rule changes that were on the table to be implemented during this pandemic, like the “wet rag” rule for pitchers, are things that Major League Baseball has never done before in its 151 year history.

On Tuesday, the powers that be in Major League Baseball officially released which new rules and protocols will be in place when teams finally face off on either Thursday, July 23, or Friday, July 24.

• National League games will include the use of the designated hitter for the first time in history.

I fail to see how using a designated hitter has anything to do with H&S protocols. Makes no sense

Hey, my son does extra inning games in a similar fashion in Little League. And I don’t like it there either!

Okay, I was wrong. That is almost nothing like what my son does in Little League. It’s WAY more complicated and hard to understand. Good job, MLB!

• As previously announced, the new three-batter minimum rule will require the starting or any relief pitcher to pitch to a minimum of three batters, including the batter then at bat (or any substitute batter), until such batters are put out or reach base, or until the offensive team is put out, unless the substitute pitcher sustains injury or illness.

• Prohibitions against unsportsmanlike conduct will be strictly enforced to prevent unnecessary physical contact and support physical distancing between individuals on the playing field. In this respect, players and managers should maintain physical distancing from all umpires and opposing players on the playing field whenever possible. Players or managers who leave their positions to argue with umpires, come within six feet of an umpire or opposing player or manager for the purpose of argument, or engage in altercations on the field are subject to immediate ejection and discipline, including fines and suspensions.

Oh, man… managers arguing with umpires is going to be even more fun to watch! I can’t wait to see the first manager blow his top and dare to confront the umpire inside a six-foot radius.

• Each Club must submit a written COVID-19 Action Plan for approval by MLB.

Just submit it, not have it actually approved? Easy peasy.

• Spitting is prohibited (including but not limited to, saliva, sunflower seeds or peanut shells, or tobacco) at all times in Club facilities (including on the field). Chewing gum is permitted.

Good luck enforcing that one. And what exactly will the penalty be?

• Pitchers may carry a small wet rag in their back pocket to be used for moisture in lieu of licking their fingers.

Love the wet rag rule for 2020.pitchers are allowed to carry a wet rag in their back pocket instead of licking their fingers. Good luck hitters, water won’t be the only thing on that rag.

• Clubs must provide expanded dugout and bullpen space at their ballparks.

Not sure how one expands a dugout built into a stadium with concrete, but okay, sure.

Here’s where it gets really good. My son’s had a couple of baseball tournaments and most of these same rules apply. Guess how many are actually followed? Hint: It rhymes with hero.

Players, umpires, and other on-field personnel should practice physical distancing to the extent possible within the limitations of competition and the fundamentals of baseball. Examples of ways in which physical distancing can be incorporated without disrupting the basics of the game include:
• When the ball is out of play, fielders are encouraged to retreat several steps away from the baserunner.
• If the batter is in the batter’s box and the catcher needs to stand to relay signs to the infielders, the catcher can step onto the grass towards the mound to give the signs before assuming his position behind home plate.
• First and Third Base Coaches should remain in or behind the Coach’s Box and shall not approach a baserunner, fielder or umpire on-field.
• Players on opposite teams should not socialize, fraternize, or come within six feet of each other before the game, during warmups, in between innings, or after the game.
• There will be no pregame exchange of lineup cards. Instead, each Club will input their lineup card into a mobile application provided by MLB.

There is literally a ZERO percent chance all of that is going to happen. Trust me.