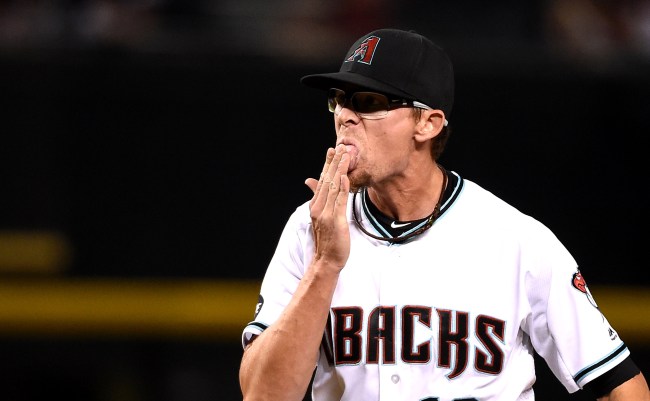 Hidden among the assorted unique rules that will be in effect when Major League Baseball begins play in the 2020 season come late July is one that is generating all sorts of jokes and ridicule from both fans and players alike.

It’s being called the “wet rag” rule because, well, it involves a wet rag.

Because of the ongoing global pandemic and the fact that Major League Baseball will still be playing games as it goes on (especially in Texas where there will actually be fans in attendance – what could go possibly wrong there?), the powers that be in MLB have decided to allow pitchers to keep a wet rag in their pocket as an alternative to the constant licking of the fingers that they do in every game.

This news about the wet rag rule for pitchers started gaining some traction when via Chris Cotillo of MLB.com tweeted out MLB’s proposed rule changes for 2020.

Based on the reaction of Milwaukee Brewers lefthander Brett Anderson, the wet rag rule may not go over well with the players.

Love the wet rag rule for 2020.pitchers are allowed to carry a wet rag in their back pocket instead of licking their fingers. Good luck hitters, water won’t be the only thing on that rag.

Which, naturally, because internet, led to many jokes and questions.

when the sixth-inning reliever signals to the dugout for a new wet rag pic.twitter.com/m0J5cirudy

Are YOU tired of dipping your WET RAG in liquid between EVERY INNING? pic.twitter.com/KcaUfkvK8V

What could go wrong? Thankfully baseball doesn't have a cheating problem https://t.co/O6iAv4AfjD

Do the Astros get to throw wet rags at trash cans during home games?

I'm told the delay is that the owners want to call it a wet rag while the players would prefer using moist towelette. Could blow up the whole thing.

MLB has announced that a wet rag is allowed in the back pocket of all pitchers instead of licking fingers. One small step forward against Covid, two giant steps back for swamp ass.

also I would like to understand the wet rag rule in baseball. Can players apply any liquid solution to this like could a player in theory drown their rag in a Four Loko

Does sweaty fingers touching a ball transmit less germs than a licked finger? I'm not a doctor, but, uh, sounds exactly the same to me.

*Pitchers allowed to have a uniform made out of sandpaper
*Only 3 alligators per dugout
*In odd innings, home team wears blindfolds
*Relief pitchers must use left hand
*Rickey Henderson is on every team

Now there’s a baseball league I can get behind.

The only real question I have about this proposed wet rag rule is whether or not hitters will also be able to carry one around in their pocket? Asking for a friend.