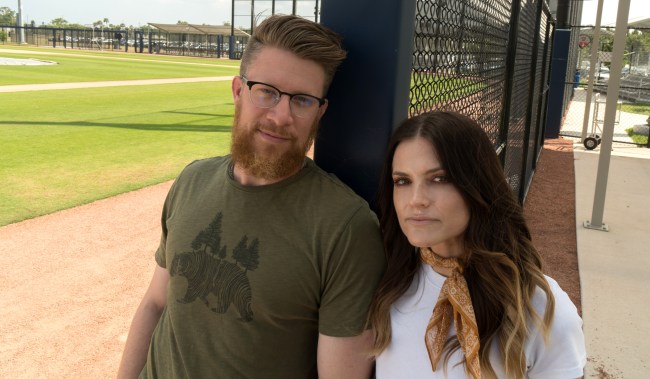 The two most outspoken players when it comes to the brutal negotiations between Major League Baseball and the MLBPA have been Reds pitcher Trevor Bauer and Nationals closer Sean Doolittle.

Bauer has gone to great lengths to make sure fans understand how the negotiations were being conducted on both sides, while Doolittle has been a strong advocate of making sure that when the league does resume play it does so as safely as possible for everyone involved.

Back in May when MLB owners were aiming for a July 4th weekend start to the 2020 season, Doolittle asked, “So how many tests do we need to safely play during a pandemic?” he asked. “And not just tests for players. Baseball requires a massive workforce besides the players; coaches, clubhouse staff, security, grounds crews, umpires, gameday stadium staff, TV & media…we need to protect everyone.

“And that’s before we get to hotel workers and transportation workers (pilots, flight attendants, bus drivers). They are essential workers. We wouldn’t be able to play a season without them, and they deserve the same protections.”

Doolittle also questioned how those with compromised immune systems will be treated when the league restarts.

“There are a number of players & staff who have pre-existing conditions that they are aware of (and likely more who aren’t yet),” he said. “We need a plan that seriously considers the increased health concerns of any players, staff or workers who are at higher risk.

“And if even mild cases can cause long-term health effects, will there be added healthcare benefits for players, staff and workers that will extend beyond their employment and into retirement to mitigate the unknown risks of putting on a baseball season during a pandemic?”

Fast forward to this week and Major League Baseball has officially set a start date of either July 23 or 24.

And Doolittle still doesn’t have any answers to his questions.

On Wednesday, long-time MLB writer Bob Nightengale tweeted out that “players who are considered ‘high-risk’ can elect to opt out of the season and still receive their full pro-rated pay.”

Doolittle’s wife Eireann Dolan saw that and called him out for making what she strongly believes to be a patently false statement.

Last night he tweeted players with high risk family members COULD opt out and still get service time and pay. It wasn’t true. I can’t tell you how frustrating and painful it is to read inaccurate reporting like that from trusted sources on something so deeply personal. pic.twitter.com/ylZUYJbck6

A lot of responses saying, “he’s wrong a lot, what do you expect?!” From a national writer? BETTER. Often this kind of reporting comes out before we have access to the correct information to verify. Imagine only having a stopped clock as your primary source for the time.

Dolan, who suffers from asthma, went on to explain why such inaccurate reporting is so troubling for those in her situation.

This is the problem. I love the Post’s sports coverage. They are rigorous and measured. So this again demonstrates how much of a platform national baseball writers have! Even the Post takes it as accepted truth and uses my name as a possible beneficiary of a (nonexistent) policy. https://t.co/zzMKMyahe5

But hey, Major League Baseball’s new “wet rag” rule should quell any concerns she might have about her husband taking the mound next month.