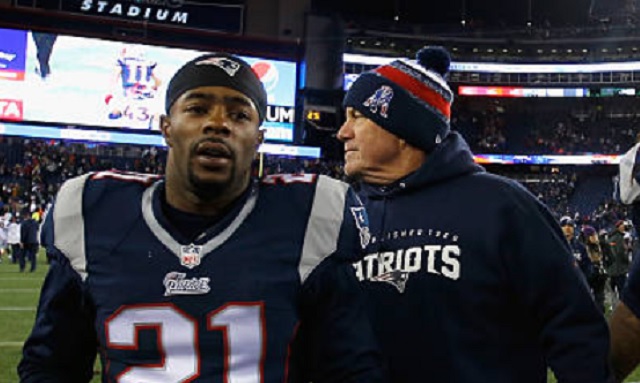 It’s a still a mystery why Bill Belichick decided to bench Malcolm Butler during the Super Bowl but the former Patriots cornerback who just signed a massive 5-year $61 million deal with the Tennessee Titans has a theory why he wasn’t used in the Patriots’ biggest game of the year.

Yesterday, Butler sat down with the Boston Herald and opened up about the benching.

“I feel like this was the reason: I got kind of sick. I went to the hospital. They probably thought I was kind of late on the game plan; I wasn’t as locked in as I should be and could have been a matchup deal. It could have been anything. But Bill Belichick has been doing this for a very long time. He took a veteran out of Super Bowl XLIX (against the Seahawks) and put in a first-year rookie, and that turned out right, so you could never question his decision. It didn’t work out right (against the Eagles). It didn’t work out the best for me or him or the New England Patriots. But I can say he won more than he lost, so it is what it is. I always have love for New England, Bill Belichick, Mr. Kraft, all those guys. Life just goes on.”

While Butler was definitely pissed off when he was benched during the Super Bowl he doesn’t seem to be holding grudges.

I’ll always have love for New England,”. “From the custodians to Belichick, all the way to Mr. Kraft, I love those guys, my teammates. I like everything about New England, especially the fans. Those fans, they really had love for me and they still do. I will always remember where I came from, and I never could forget.