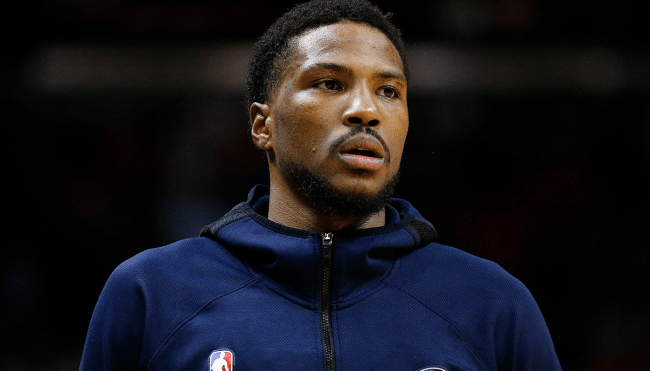 One of the most entertaining aspects of the NBA is the uncanny ability of its athletes to generate even more drama off the court than they typically treat us to while running up and down it.

If you need proof, you don’t have to look any further than the wild saga of Malik Beasley that kicked off late last year when rumors began to swirl concerning his relationship with Scottie Pippin’s ex-wife Larsa.

It didn’t take long for those rumors to be confirmed—nor did it take long for Beasley’s wife Montana Yao to file for divorce, which led to Beasley kicking her and their two-year-old son of his house before inviting Pippen to take their place.

It’s safe to assume he regretted that decision after Pippen decided she was over the relationship just a few months after it began, which led to Beasley pulling a very bold move by going into Public Apology Mode on Instagram earlier this week. However, it’s hard to imagine he was being too sincere if Instagram model Liziane Gutierrez is to be believed.

On Tuesday, Gutierrez—who previously made headlines after accusing Chris Brown of assaulting her in a Las Vegas hotel room in 2016—posted a screenshot to back up her claim that Beasley slid into her DMs just hours after he issued his mea culpa. While that’s the only evidence we have so far, she also implied she has other receipts she’d be more than happy to pull out if needed.

If this is indeed true, it’s hard to argue Beasley has anyone to blame for his problems but himself.