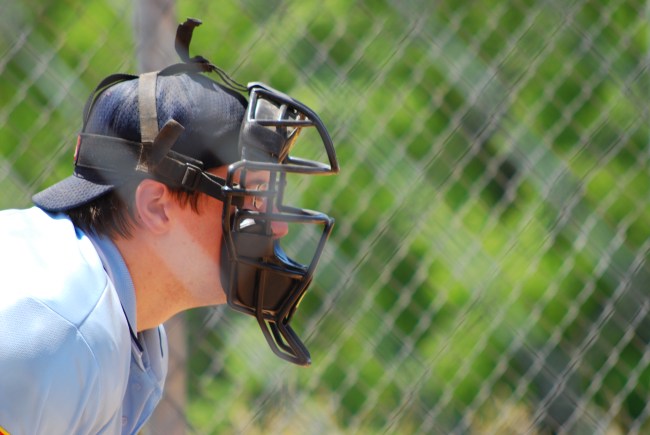 2019 is shaping up to be the Summer of Grown Ass Men Wildin’ On Recreational Baseball Fields.

We are just one week removed from a group of raucous dads coming to blows over a 13-year-old umpire making questionable calls during a second grade baseball game.

Today, the internet gods graced us with news of a confrontation at the Greater Des Moines Softball Complex that landed a 29-year-old man behind bars.

Lance Ulrich is facing a charge of assault after becoming enraged with the umpire over a foul ball call during his slow pitch softball game. The umpire reportedly ejected from Ulrich from, and I cannot stress this enough, the slow pitch softball game after Ulrich began spewing profanities in his direction. That’s when Ulrich rushed the plate and pushed the umpire over, breaking his wrist.

Rae Ann Smith, a spectator at the game, described the scene as “the most embarrassing thing I’ve seen in quite some time.”

“Everybody was shocked. You should have heard it when he shoved him down.”

George Davis, the president of the Greater Des Moines Umpire Association, elaborated on the umpire’s injuries.

“I think it was broken in three places.  He`s going to see a specialist today,” said Davis.  It hasn’t dampened the umpire’s spirit.  Davis said, “He’s anxious to get back out on the field, but he’s going to have to be health-wise safe before we allow him to go back.”

Davis went on to tell WHOtv that there have been at least four assaults on Greater Des Moines Umpire Association umpires in the last five years.

“Sometimes as a society we need to take a deep breath and realize it is recreation at the end of the day.”

Yeah, but on the other hand…You play to win the game.