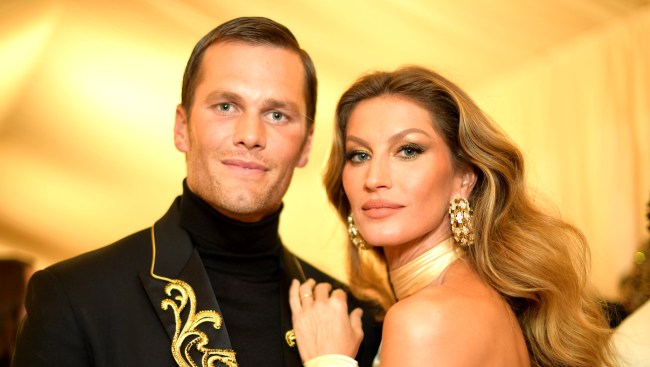 A man was arrested for breaking into Tom Brady and Gisele Bundchen’s humongous $40 million Boston-area mansion that is currently up for sale on Monday morning. No, it wasn’t Chad Kelly.

The man was identified as Zanini Cineus, 34, was caught when police responding to mulitple alarms discovered him in the basement of the home “laying on the couch in the middle of the room,” according to the Brookline Police Department.

“This morning at approximately 5:55 AM, multiple Brookline Police units responded to a radio call for a residential alarm at 112 Woodland Road, the former residence of our forever New England Patriot Tom Brady and his wife, supermodel Gisele Bündchen,” read a press release.

Did you catch that? They called Brady their “forever New England Patriot.”

In an odd twist to the story, Cineus, who is currently homeless, is also the same man who was arrested last year for stealing a $10,000 signed Tom Brady jersey from the Patriots Hall of Fame.

He was reportedly wearing the stolen jersey under his jacket when police caught up to him.

He has been charged with breaking and entering in the nighttime with intent to commit a felony, attempted larceny and trespassing.

This sort of news is definitely not going to help the Brady family with the resale of their 9,716-square-foot Brookline home. I hope they’ll be able to manage. Hopefully, Tom won’t have to dip into any of that PPP money his TB12 company received in financial relief for being one of the many small businesses negatively impacted by pandemic.