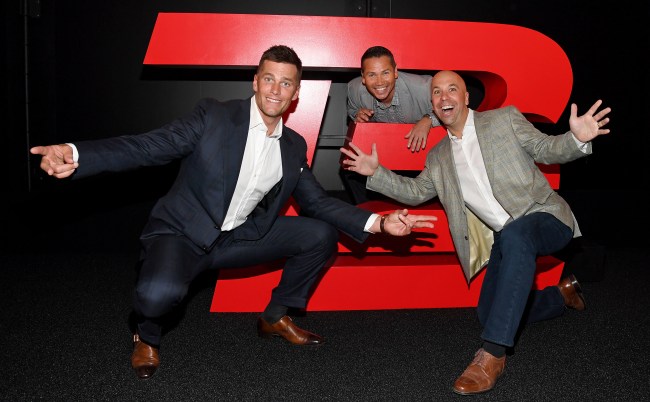 On Tuesday, the NFLPA’s annual report filed with the Department of Labor revealed that Tom Brady also received $2,998,276 in licensing fees for his name, image and likeness in the year ending February 29, 2020, according to The Athletic.

Brady, who has been known to play fast and loose with rules, even as recently as this past June, appears to have done so again.

Brady the football player left the New England Patriots this offseason to sign with Tampa Bay, where he’s skirting some rules to get up to speed with his Buccaneers teammates.

Brady the businessman, meanwhile, is collecting handouts from the federal government.

The government’s PPP has provided financial relief to small businesses impacted by the global spread of COVID-19 since March. Companies seeking a PPP loan must apply through the Small Business Administration.

It’s unclear how much COVID-19 has affected TB12, but Brady’s lifestyle brand has expanded to include TB12 Performance & Recovery Centers that were temporarily shut down during the pandemic.

Also of note, Brady just signed a two-year contract with the Buccaneers worth $50 million.

Naturally, and rightfully, folks were a little confused as to why Brady and his company would be applying for federal money in the midst of a financial crisis caused by a pandemic that has been negatively affecting millions of people with far less wealth at their disposal than he, even if it is all above board and legal.

He carries $350,000 in his wallet! Give it back! People have lost their businesses all across this country.

Gotta be honest... I expected more from Brady. That’s $350k that should have gone to small businesses that truly needed it, but went to Brady instead. Beyond disappointed and disgusted.

Love him as a football player but he and wife should not qualify for financial help. I believe she is worth something like 400 million dollars. If this is true they are truly very greedy.

Laaaaaaame. And I’m a massive Brady fan. Give. It. Back. TB12. Embarrassing.

The criticism is certainly valid. If people are going to go after celebrities like Pharrell for asking people to donate money in the middle of a pandemic, then Brady taking federal money that he most certainly does not need is definitely fair game.