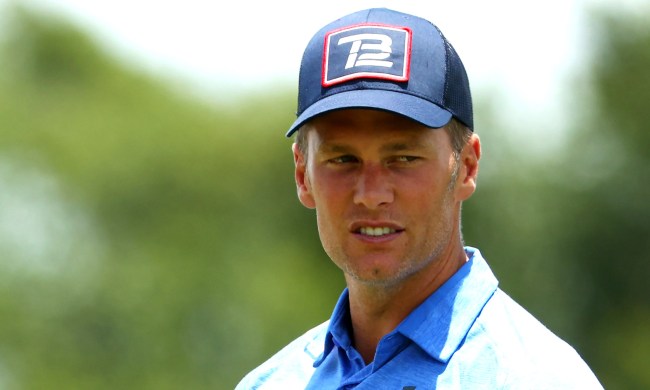 New Buccaneers quarterback Tom Brady is still leading workouts with at least a dozen Tampa Bay players despite being the NFLPA warning teams to specifically not do that.

Brady being involved is not really the issue. He’s got his TB12 system and the bizarre pregame rituals his wife Gisele Bundchen makes him do which, as we well know, gives him superpowers like the ability to withstand sunburn by just drinking an unsafe amount of water.

What is concerning is Touchdown Tommy putting his teammates, and in turn the entire team, at risk of contracting the coronavirus which has already negatively affected teams like the 49ers, Steelers, Cowboys, Texans, Rams, and Broncos.

What’s that? The Buccaneers have already had players diagnosed with the coronavirus? And it happened just two days ago? Eh, I’m sure Brady knows what he’s doing.

Related: People Aren’t Thrilled With Tom Brady For Peddling A $45 Immune System Supplement In The Middle Of A Global Health Crisis

On Tuesday, Brady led at least a dozen Bucs players onto a field at Berkeley Preparatory School for a two-hour workout that began around 7 a.m.

Wearing a helmet, shoulder pads and the orange non-contact jersey, Brady organized the usual assortment of passing drills at the private school that has become their offseason home. The practices have become routine during a time that players are not permitted at NFL team training facilities.

“Please be advised that it is our consensus medical opinion that in light of the increase in COVID-19 cases in certain states that no players should be engaged in practicing together in private workouts,” Mayer wrote. “Our goal is to have all players and your families as healthy as possible in the coming months.

“In certain states…” One has to assume that means Florida.

Two days ago, Buccaneers head coach Bruce Arians released a public service video in which he advised, “During these difficult times, it’s important that we all show we care about our community’s health. You could spread COVID-19 without knowing it. Wear a mask. Wash your hands. Keep your distance from each other.”

He forgot to add, “except for Tom Brady.”