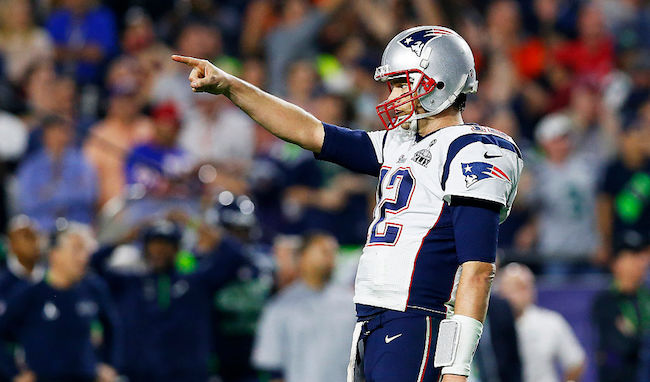 Last year, New England Patriots quarterback Tom Brady— the Gwyneth Paltrow of football— released the concisely titled The TB12 Method: How to Achieve a Lifetime of Sustained Peak Performance, a pseudoscientific guide on how to cut everything that brings you enjoyment out of your life so you can maybe end up taking home a few more Tough Mudder medals than you would have otherwise.

In the book, Brady outlined a water-centric sunburn protection method that is recommended by literally no one else in the world besides him in addition to sharing his daily diet— a routine that involves drinking an absurd amount of water. A couple of months ago, a few people attempted to eat some of Brady’s favorite dishes with disastrous results, but it turns out the risk of having your stomach revolt against you isn’t the only reason to steer clear of his regimen.

In the book, Brady suggests readers divide their weight by two and then drink that many ounces of water over the day. However, there is one small risk that comes along with following his advice: dying.

The Daily Meal spoke with nutritionist Ariane Resnick, who said you only have to drink a few glasses of water per day in order to reap the benefits. Anyone who drinks an excessive amount suffers the risk dealing with hyponatremia, which occurs when a water causes the sodium levels in your blood to drop and increases the risk of suffering a stroke.

I’d like to think this will discourage people who are way too intent on making sure you know they work out from lugging a gallon jug of Poland Spring around with them wherever they go, but I know I shouldn’t kid myself.