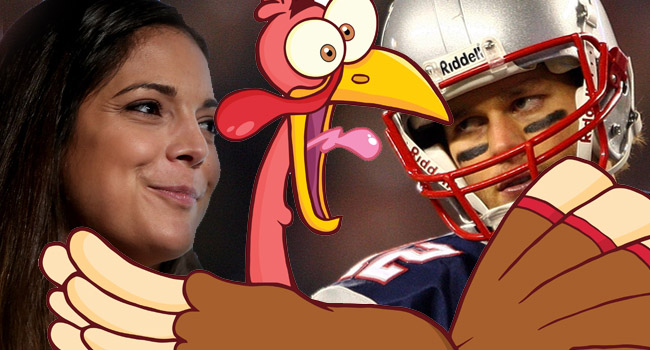 Remember back in August when Tom Brady came out with a self-help book, The TB12 Method: How to Achieve a Lifetime of Sustained Peak Performance, in which he shared what he eats and drinks every day and it sounded like a big ole HARD PASS to pretty much everyone with a sound mind?

Brady follows four general principles about combining food. The first is not to eat proteins with carbohydrates like potatoes or bread. The second is that mixing proteins or carbs with vegetables is “ideal” for digestion. Except for nightshades, of course.

“I make sure most of what I eat is alkalizing,” Brady writes.

Well, ESPN’s Katie Nolan, Damien Woody and Jonathan Vilma decided to try out Tom Brady’s diet for Thanksgiving and see if it is any good.

Apparently, neither does Nolan…

Oh, Katie… I am sure your hometown hero TB12 won’t hold that against you.

Check out the entire comical video below.