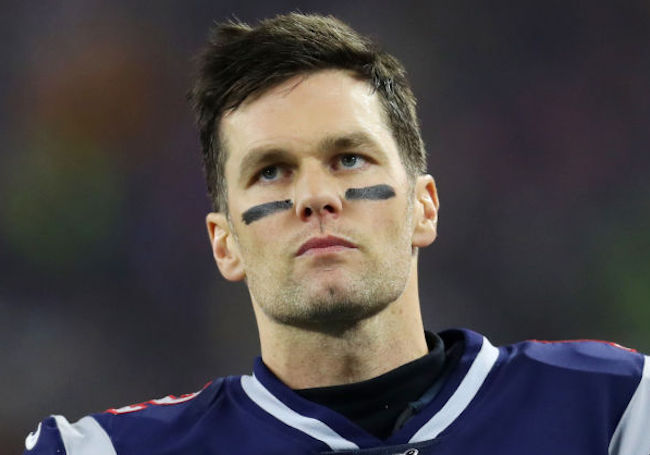 When you consider what Tom Brady has managed to do over the course of an NFL career that’s lasted for 20 seasons and shows no signs of coming to an end at any point in the immediate future, it’s kind of hard to question the effectiveness of the methods he’s used to achieve what he has.

Of course, that hasn’t stopped plenty of people—including Bill Belichick— for mocking the TB12 Method™ that Brady has championed since he was introduced to it by controversial trainer Alex Guerrero, who convinced him to adopt what the quarterback has described as a “holistic lifestyle” that supposedly grants adherents “A Lifetime of Sustained Peak Performance.”

If you read that last sentence and came to the conclusion that the TB12 Method is basically “Goop For Dudes,” you’re not too far off the mark, as Brady has repeatedly shown he’s basically the Gwyneth Paltrow of the football world by doing things like claiming the true secret to preventing sunburn and concussions is drinking a potentially deadly amount of water as well as throwing on a necklace made of healing crystals before taking the field.

Brady hasn’t gone as far as selling candles that smell like his genitals after a long day of football (at least not yet) but he does have an online store of his own filled with all of the supplements and workout equipment you need to live a lifestyle defined by anti-inflammatories and pliability as well as some branded apparel because no cult is truly complete without some snazzy uniforms.

On Monday, Brady announced the launch of a new product in the form of PROTECT, a daily supplement that promises to increase your white blood cell count and ramp up antibody production that can be all yours if you’re willing to shell out $45 for a 30-day supply.

Excited to announce the latest from @tb12sports. PROTECT is our new immunity blend supplement created to support a healthy immune system to help you stay strong. https://t.co/Ho8acHdiYn

It’s certainly not the first product to claim it can strengthen your immune system (nor the first one in that category to be packaged with a label stressing those claims haven’t been evaluated by the FDA), so while this tweet didn’t result in me getting Mad Online, the same can’t be said for a number of people who weren’t thrilled to see Brady peddling a supplement that promises to make you less prone to germs when there’s a highly contagious disease laying siege to the planet.

Your bunk for profit is killing me! I've been a fan forever. 28-3? Magical.

if i use this snake oil, can i go out without a mask, tom? https://t.co/OR4WcfNLoQ

Silly me. I've just been drinking lots of water to protect myself from Covid. And from the sun. And concussions. https://t.co/0NsKBYEapg

$45 for some vitamin C and zinc. You could eat like 2 kiwis and get the same nutritional benefits. https://t.co/4X3YwozrdT

Like I said, I don’t think Brady had any real malicious intent here, but at the same time, it would’ve been a lot easier to just, you know, not start selling this at this particular moment in time.