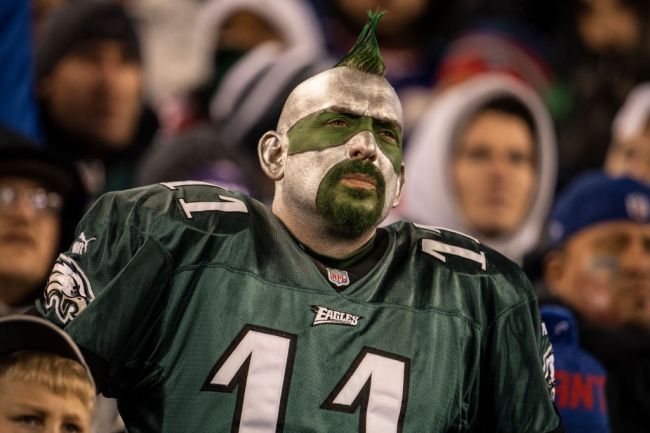 Veterans Stadium, the old home to the Philadelphia Eagles and Phillies, was also the home of an actual veteran, according to Tom Garvey.

Garvey, a 78-year-old Vietnam vet, recently published a book titled “The Secret Apartment: Vet Stadium, a surreal memoir” in which he claimes to have lived inside an empty concession stand inside the stadium from 1978-1981. This can’t be proven, however, as he never took photos of the makeshift apartment or allowed visitors in fear of getting caught. The stadium was demolished in 2004.

His life living inside the concession stand out in left-field all started after returning from the war. His uncles had a contract to run the concessions and also had a contract to run the parking lots between 1977 and 1981. Garvey’s cousin supervised the lots but handed the job over to Garvey when he decided to open a store in New Jersey. With the job, he was given his own office and a set of keys to the stadium.

It all started when Pope John Paul visited the city. Garvey and his employees slept in his office in order to open the parking lots at 4 AM the next morning because he didn’t trust his crew. Michael McNally, a member of the crew, said “Oh man, could you imagine if you could just stay here all the time?” and that’s when the wheels started turning for Garvey.

The concession stand was literally and figuratively out in left field, in a low-traffic area by gate D on the 200 level. Garvey estimates it was roughly 60-feet long by 30-feet wide with a sloped roof, according to the Philadelphia Inquirer.

He arranged the space so that if someone opened the door, all they would see was a wall of cardboard boxes, but hidden at one end of the boxes was a corridor which opened up into the secret apartment.

Bill Bradley, who played for the Eagles from 1969 to 1976, recalls seeing the apartment calling it “fantastic.”

“You go in there and you think it’s just a root beer stand with a bunch of stocked-up boxes and then it opened up into a better apartment than I had in Center City,” Bradley said.

Garvey details in the book that he furnished the apartment with a bed, sink, a fridge full of beer, a coffee maker, a hot plate, and seats for guests that may stop by. He even carpeted the place with leftover AstroTurf from the field. Garvey claims he threw halftime parties in the apartment but had to call it off as random strangers began showing up. He did, however, host players’ wives inside the apartment after games so they wouldn’t have to stand alone out in the parking lot.

He lived it up inside the stadium until his uncles’ contract ran out to run the parking lots in 1981. Garvey thinks he got away with his secret apartment because he had to be on-site after hours and early in the morning.

Tom Garvey is a legend and a man that would make Charlie Kelly very, very jealous.