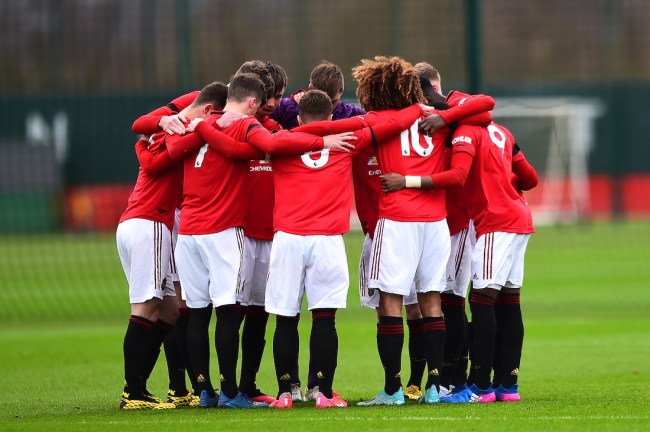 Manchester United is, arguably, the most popular sports franchise on the planet, with everyone familiar with the club known as The Red Devils. And, according to Forbes, it’s in the top-10 on the list of most valuable, proving how iconic of a brand it truly is.

Unfortunately, Man U’s reputation might be taking a bit of a hit today, as a report surfaced from an adult star named Shona River that three players on the club hired her as an escort for a little extracurricular activities. While that may be a common practice for some people — hey, I’m not trying to judge anybody else’s vices — the messed up part about River’s story is that one of the guys tried stiffing her out of nearly $300, pulling a “power move” to take back the cash after servicing him in order to buy pizza.

In a story published by The Sun, River described her experience with the Manchester United players, and told her side of the story about allegedly getting screwed out of her money. Take a look below at her claim.

River said in a recent podcast that Premier League footballers don’t like paying for sex and “expect escorts to work for free”.

She said: “They expect you to be with them because they are famous, but they don’t want to actually date you. They want you as a side chick in the shadows. Just because they have a lot of money, it doesn’t mean they want to be generous.”

She also alleged that one Red Devils star had taken back €200 from her to pay for pizza in an apparent power move.

River added: “It was probably hurting his ego that he was paying me.”

She did not name any of the three United players during the podcast.

Who knows if this is true or not, but, if it is, this Manchester United player is a serious POS. There are rules to hiring escorts — or so I assume — and one of them isn’t skimping them out of their money after performing the necessary request. Sure, he may have felt embarrassed about having to hire Shona River in the first place, but that’s an issue with him, not her. Dude needs a reality check.

That said, talk about a serious power move, right? Never in my lifetime would I imagine hearing a story about a pro athlete recouping his cash from an escort to buy pizza. Pathetic. Dude should be lucky that River didn’t call him out by name, because that would’ve been a serious hit to his ego.