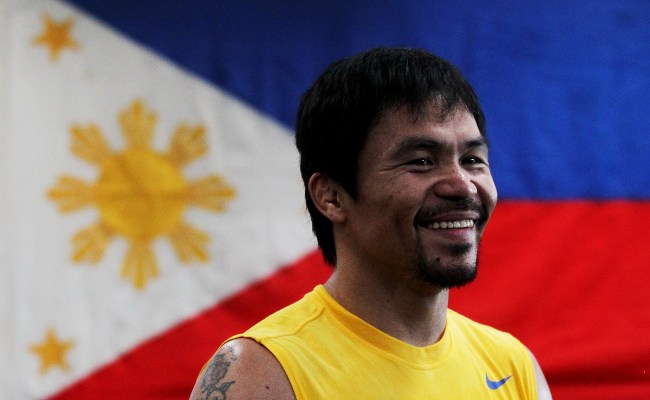 It seems like a fight between Manny Pacquiao and Conor McGregor could actually happen and Pacquaio is reportedly interested in taking the fight to donate a portion of his earnings to charity.

On Friday, ESPN reported that the boxing legend and the UFC superstar are in serious negotiations to fight in the Middle East.

McGregor said Friday on Twitter that he is “boxing Manny Pacquiao next in the Middle East.”

The McGregor-Pacquiao boxing match would take place in late December or early January, said Attar, who represents both fighters. The Middle East is one of a few locations being discussed to host the fight, he added.

According to a statement from Pacquiao’s representative, the boxer is eager to take the fight to donate a “huge portion” of the proceeds to Filipinos who have been affected by COVID-19.

‼️✅ Statement from Manny Pacquiao‘s office: "For the sake of all the Filipino COVID-19 victims, Senator Manny Pacquiao will be fighting UFC superstar Conor McGregor next year. The huge portion of his earnings will proceed to those who are affected nationwide by the pandemic."

“Our lawyers are finalising all the confidential details, but both fighters are getting ready for this one epic last boxing fight,” Joson said.

Pretty cool move by Pacquiao if he ends up following through with his promise.