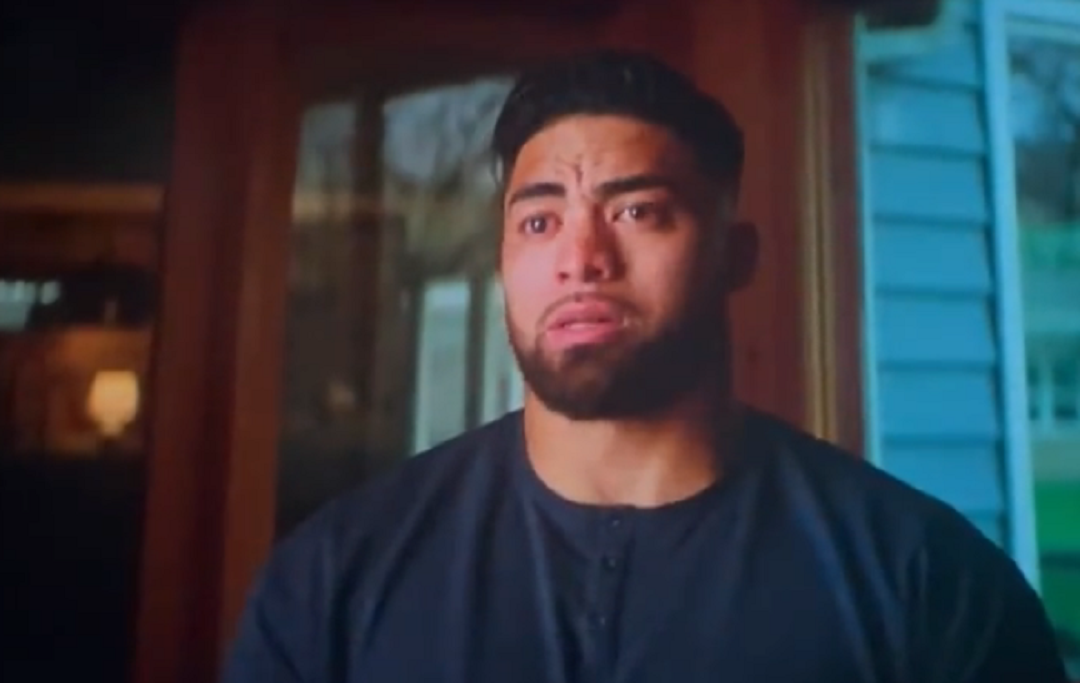 After years of suffering ridicule, Manti Te’o is finally getting his redemption arc.

This week, Netflix released their documentary “Untold: The Girlfriend Who Didn’t Exist,” which attempts to tell the whole story of what happened with Te’o during his time at Notre Dame.

During a recent interview with FTW, Te’o said he only agreed to do the doc because he wanted people to know the true story of what really went down with the infamous Lennay Kukua catfish situation.

When I was first approached about this project back in 2020, I told the filmmakers Ryan Duffy and Tony Vainuku that I didn’t want this to be my story. I wanted this to be the story. That required everyone involved in what happened to be in the documentary and I think that’s what’s so powerful about it. You have every side. It creates a level of truth that can’t be dismissed or doubted.

Fans who have watched the documentary have gotten emotional watching Te’o cry while describing how getting catfished nearly ruined his life.

If you have an hour-and-a-half this evening, the name of the doc is "Untold" on Netflix. I can't recommend it highly enough.

Parts could be taught in schools for how to overcome bullying — below might be the best 52-second lesson you'll ever hear about that. https://t.co/q9cjx1P1gV

Manti was so open and vulnerable with telling his truth. I respect him even more for that! Manti was humiliated publicly, his character tainted and faced so much pain. Yet, he still forgave the one person that caused it all — that alone proves the kind of person that he is🧡 https://t.co/nuk2FuPimB

Man, to have the courage to be vulnerable w the world again… truly an inspiration. To have the resilience to rise above all the noise to this day, and still forgive ronaiah had me in tears👏🏾😭 https://t.co/AFuhHUgJQf

Just finished the Manti Te’o documentary — 10/10 must watch for any CFB fan.

It is an absolute shame that one of the greatest CFB players of this generation will be remembered for getting catfished, he did/does not deserve it!pic.twitter.com/qcjY1vGseg

ugh watching this makes me wanna cry again. like damn, this man’s career was literally ruined. but he rose above it all and found peace and the courage to stay humble and forgive 💙 https://t.co/bOLvUMQZl3