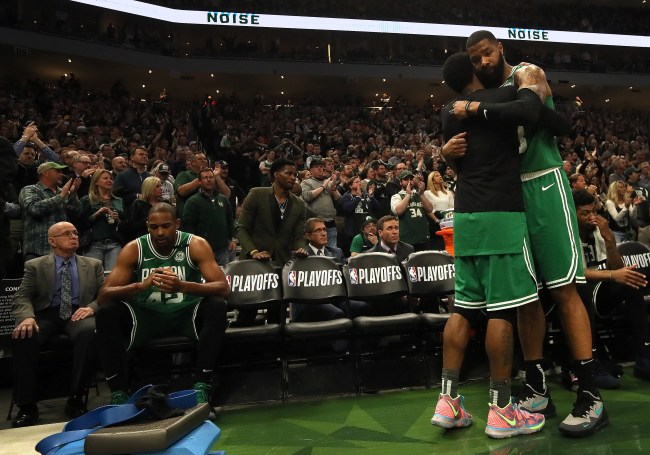 A month ago, long after Kyrie Irving bolted for Brooklyn, the Nets point guard finally took full ownership of a wildly tumultuous season that ended with Milwaukee winning four straight games to eliminate the Celtics, who were the favorites to win the East, well, before they weren’t.

Former and current Celtics claimed that the transcendently talented guard was “hard to play with” and “disrespectful to the city of Boston,” and Kyrie attributed his obvious, season-long disenfranchisement with the passing of his grandfather in October 2018.

“The word ‘fail,’ I wouldn’t say. I don’t want to say ‘fail,’ I just think mentally he had some other stuff going on and it was hard for him to separate that from the work place. And that’s difficult sometimes. But I do think he tried his hardest.’’

“He just forgot how big of a leader he was,’’ Morris said. “I think he sometimes forgot that. As a leader, outside stuff can affect our team. And I think that did. Not like outside distractions but like family stuff he had going on.’’

“A good leader, every day you separate basketball and you separate the off-court things,’’ Morris said. “Like I said, man, he’s human so, that time was a learning experience and we had a lot of young guys so it was tough on him.”

Morris, who scored 26 points in his Knicks debut, went on to say that he had a great relationship with Kyrie and the two “never had no problems.” Not sure they other 13 guys can say the same.