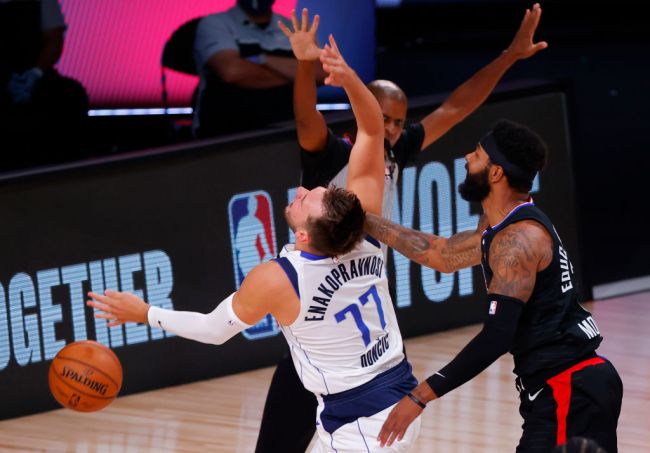 The series between the Mavericks and the Clippers may be over after Los Angeles won Game 6 on Sunday, but things may just be getting started when it comes to Luka Doncic and Marcus Morris.

The rivalry between the two players started in Game 5 after Morris stepped on Doncic’s injured ankle, which many thought was intentional. It was a strange sequence, to say the least, as the incident occurred on an inbound play.

“Basketball has never been that serious to try to hurt somebody. Im not apologizing for s–t because I know what I put into this game day in and day out. It was a mistake deal wit it. Competing is why I play,” Morris wrote on Twitter after Game 5.

During Sunday’s game, which the Clippers won 111-97 to send Dallas packing, Morris was ejected after committing a hard foul on Doncic as he drove to the basket.

Marcus Morris has been EJECTED for this hard foul on Luka 😳pic.twitter.com/R7NUAK1p5Z

When asked about Morris’ foul after the game, Doncic did not hold back.

“It was a terrible play. What can I say?” Doncic said, according to ESPN. “It’s two games in a row he did something like that. I really hoped the first game it wasn’t on purpose, but looking back on the foul this game, you know what I think.

“I don’t want to deal with that kind of players. Just move on.”

Morris described the play as no more than a “hard fou” and after catching wind of what Doncic said following the game, he took to Instagram to send a clear message to the Mavs’ guard writing “Cry me a river. Clips in 6.”

Marcus Morris responded to Luka on our IG. pic.twitter.com/DZbA8anSB4