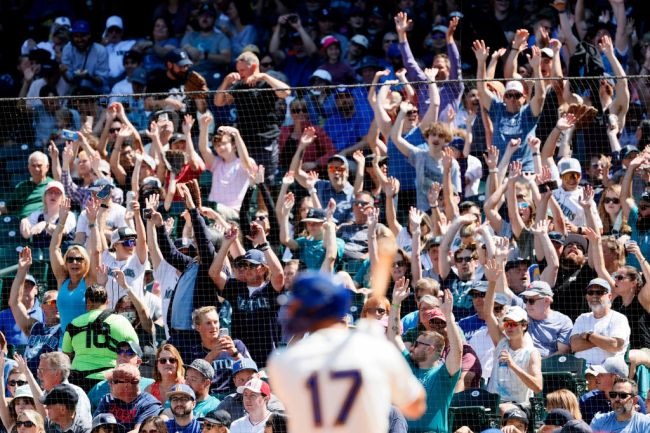 Two fans got into a VIOLENT altercation during Friday night’s game between Seattle and Oakland and there is a lot to break down here. Take a look:

While we don’t know exactly what caused the fight, reports across Twitter believe that it began over the COVID-19 vaccination. The vaccinated fan (wearing the blue hat and jersey) reportedly started fake sneezing or coughing on the anti-vaxxer.

When the unvaccinated individual (wearing the sweatshirt) took issue with the false illness, he got up to say something. That ended up being a bad decision, because the fan wearing the jersey landed a HUGE punch to the face. You can hear the contact.

From that image above, you might think that he got knocked out. It wouldn’t have surprised anyone.

However, the fan in the purple hoodie wore the MASSIVE punch on the chin. He was visibly dazed for a moment but kept coming forward. Look at this maniac! 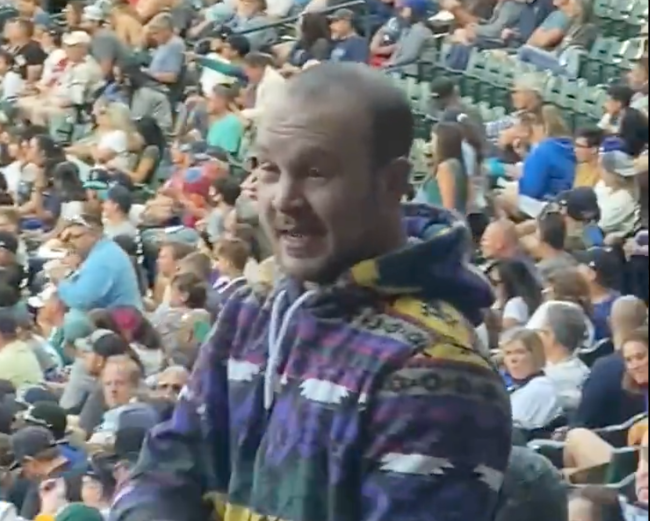 As the unidentified fan with a beard (maybe a friend of the guy in the hoodie?) tried to separate the two, the iron-chinned purple hoodie continued to talk smack. He motioned for the usher to throw the punch-thrower out and continued to chirp up the stairs. 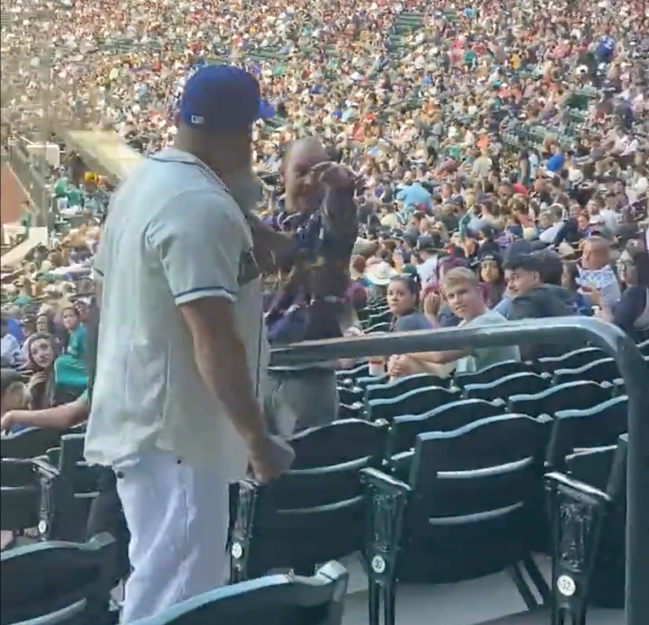 After a moment, the jersey-donned fan got another clean look at the purple hoodie guy and threw a haymaker. It was LOUD and would have knocked most people out.

Not purple hoodie guy. He pressed forward and waved goodbye as the fan in the jersey was escorted out. 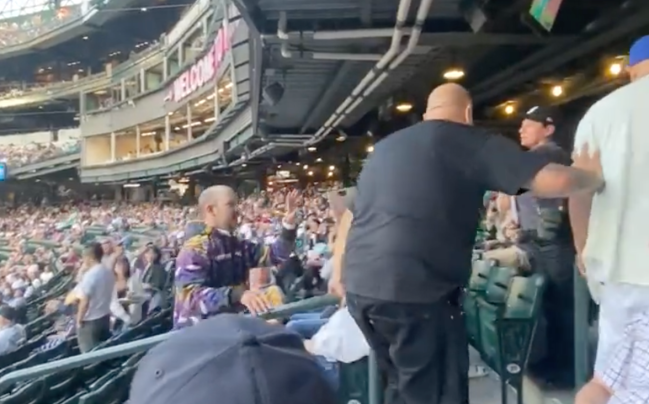 The Mariners were still in the middle of a game while this was going on, but all of the eyes were on the fight.

Does anyone — who are at the game — know why people are looking over that way? pic.twitter.com/o6NPiZvZkn

Regardless of what actually happened or why it went down, the man in the purple hoodie is a savage. Whether he was drunk, high, both or neither, the man stood there and took two GIANT swings to the head and kept moving forward. Animal.