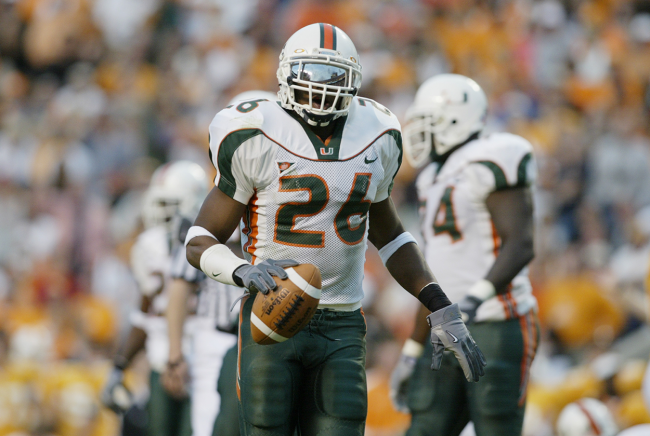 Mario Cristobal and Sean Taylor never overlapped during their time at the University of Miami. That doesn’t mean that the former isn’t aware of the profound impact that the latter had on the program and the school.

Taylor, who tragically passed away in 2007 at 24 years old, is considered one of the best safeties in football history— if not the best. The late legend was a BCS national champion in 2001 and was named the Big East Defensive Player of the Year en route to All-American honors as a senior in 2003. He was dominant.

As a result of his incredible play, Taylor was drafted No. 5 overall to Washington in 2004. In his three years with the team, he recorded 305 tackles with 12 interceptions, eight forced fumbles and two sacks. His with the organization, though short, was on track for a Hall of Fame-worthy career.

Taylor was one of the baddest, hardest-hitting players to ever don a helmet and shoulder pads. He was also considered a leader in the locker room and someone who was genuinely beloved by everyone who knew him.

In turn, his legacy deserves to be honored. Cristobal is doing exactly that.

During his first months as head coach, Cristobal has made a lot of changes, like retiring the turnover chain. He is also making a change that honors Taylor.

When players asked to wear No. 26, which was worn by Taylor during his time at Miami, the request was denied. Cristobal said that he is not sure if the number should be retired, but he thinks that it should be honored by the players who wear the number.

This year, in Cristobal’s eyes, the players who wanted to wear No. 26 were not up to the standard necessary to honor Taylor.

I asked Mario Cristobal about no one wearing No. 1 and No. 26 and if Sean Taylor’s number should be retired. pic.twitter.com/hF4RreKkhg