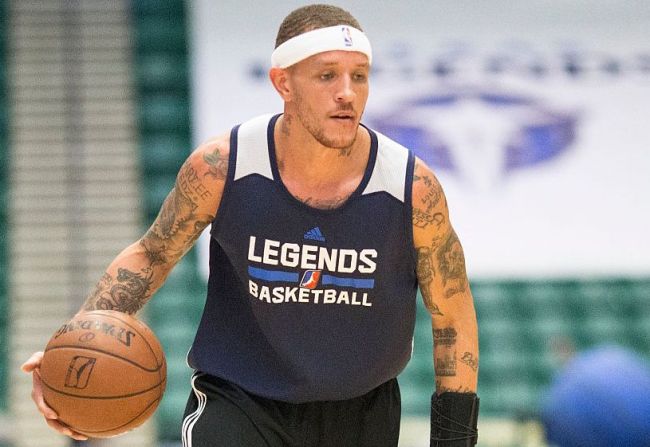 One of the biggest hurdles you face when it comes to battling addiction is acknowledging anyone who’s ever told you, “Dude, you might have a problem” was exactly right. However, if you’ve ever dealt with it yourself or been close with someone who has, you know that’s usually much easier said than done.

I don’t consider myself an expert on the topic by any means, but based on what I’ve personally observed over time, it seems like the people who’ve dug the biggest holes for themselves have the hardest time climbing out of them. They might know they need help deep down but part of the reason they refuse to get it is that it would require them to finally acknowledge the reality they’re doing everything to deny.

A number of people have reached out to Delonte West in recent years to offer their assistance due to multiple incidents stemming from his a long battle with substance abuse that resulted in the ex-NBA player living on the street, and after he was spotted begging for money in Dallas last month, Mark Cuban jumped into action by tracking down the former Maverick and staying with him in a hotel while they waited for his family to arrive to figure out a plan.

West has had a tendency to back out of rehab at the last minute in the past but agreed to check into a facility shortly after reuniting with Cuban, and on Friday, the Mavs owner updated us on his status when he acknowledged the initial strides West has taken on the journey he has ahead accompanied by a picture of the point guard riding a horse.