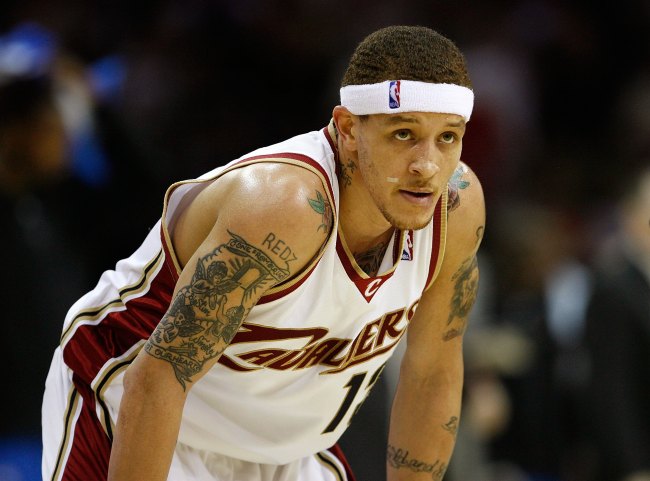 Ever since the video of Delonte West being assaulted in the middle of the street hit the internet in January, I type his name into Google probably once a month hoping to see some encouraging headlines: Delonte West Is Back And Healthier Than Ever or NBA Vows To Get Delonte West The Help He Desperately Needs.

Eight months since, nothing.

My fears have been confirmed, as a Twitter user posted a photo of the former NBA guard holding up a sign on an intersection in north Dallas begging for money.

Just saw Delonte West and gave him some money.

I saw Delonte West in a gas station yesterday
I prob was the only that recognized him as I was walking out ….. brother didn’t look too good. I hope he’s getting himself together 😞.

Back in January, after several people in the basketball world expressed concern over the 37-year-old West,  Shams Charania of The Athletic wrote a piece detailing why it’s been so hard to administer him help.

From West’s former teammates and coaches to team officials, all have run into the same issue over and over with him. A trip for him to seek help is scheduled and booked, West agrees upon it, and then he cancels. “He has to want to be helped,” said one person directly involved in setting him up with assistance. One of his former teams, according to a person, tried “too many times to count.”

The photo of West was posted just one day after Colby Covington, aka Discount Conor McGregor, took a random cheap shot at him after defeating Tyron Woodley.