Mark Ingram Does Not Hold Back On Georgia, Tees Off About Why Alabama Still Runs College Football 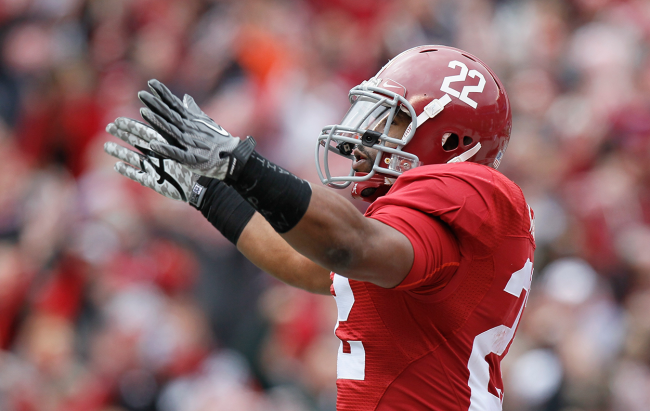 Mark Ingram wants to be very clear that although Georgia might have won one national championship, Alabama still runs things. The 32-year-old running back is long distanced from his college days, but his passion for the Crimson Tide does not waver.

On Tuesday night, the NFL hosted a Twitter space with three former first round draft picks. Ingram was among them.

While in the conversation, the former Heisman Trophy winner was given the chance for an “Alabama rebuttal” about the recent loss to the Bulldogs. Ingram did not hold back.

Additionally, Ingram credited Georgia’s 2021/22 national championship to Alabama anyway, because Kirby Smart learned how to be a winner under Nick Saban. There was no hesitation on Ingram’s end. He was ready to go and had his facts and numbers prepared.

Mark Ingram had some words when asked about UGA 😂 pic.twitter.com/W9h8hgm1gv

Mark Ingram doesn’t want to get it twisted as to who is atop the SEC, and Alabama is once again the preseason No. 1 in 2022.