Mark Schlereth Rips Into John Elway And The Broncos: ‘They Haven’t Had An Offensive Line Worth A Squirt Of Urine In 5 Years’ 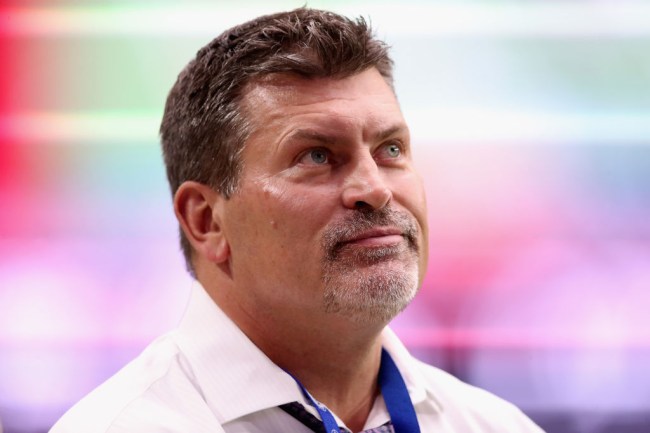 Mark Schlereth is somebody that speaks his mind more often than not and as a three-time Super Bowl champion his football takes should be taken (somewhat) seriously.

It turns out that nobody is safe from taking criticism from Schlereth, not even his former teammate John Elway. Schlereth won two Super Bowls during his six seasons in Denver and is passionate about his former team and wants them to get back to their winning ways, even if that means ripping into Elway.

He went on quite the passionate rant about just how terrible the Broncos are and how the only thing Elway has done is have Peyton Manning fall into his lap years ago. Oh, and he also claims that when Manning takes a dump ‘it’s a rainbow swirl.’

.@MarkSchlereth goes in on John Elway and the Denver Broncos 🔥🏈

"Do I trust him to fix what's gone wrong? No! This football team lacks depth, they lack talent, they lack grit, they lack toughness. They haven't had an offensive line that's worth a squirt of urine in 5 years." pic.twitter.com/7hLXmqV8iu

Talking about Manning’s dumps being rainbows and how the offensive line isn’t ‘worth a squirt of urine’ is one way to say the Broncos stink, that’s for sure.

Related: Here Is Visual Proof Of Just How Bad John Elway Is At Finding Quarterbacks For The Broncos

Schlereth rips into all-things Broncos, but he flips on a different switch when talking about No. 72, offensive tackle Garet Bolles.

“You run 72 out there every week who tackles every player he goes against, who has no idea what he’s doing, that makes five mental mistakes a game and the ultimate meritocracy and you think you can run him out and not every guy in that locker room isn’t pissed off?”

I’m sure this fiery speech will get Bolles to take the next step for the Broncos, definitely. The third-year guy out of Utah may be getting beat left and right, but has just four penalties through eight games this year, which leads Denver’s offensive line, but it hasn’t been too terrible in that department.

Bolles could also turn into the best offensive lineman in the history of the game, but that doesn’t change the fact that Joe Flacco or Brandon Allen is back there throwing the football.