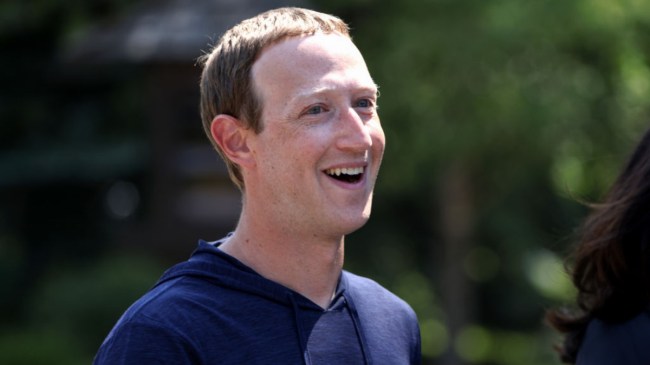 Mark Zuckerberg is a man who is great at many things. Starting massive social media companies. Making tons and tons of money. Hiding that he’s actually a robot.

Fighting is definitely not something we will see added to his list of talents any time soon.

Zuckerberg posted a video to his Instagram account today showing him training with professional mixed martial artist Khai Wu and the tape on Facebook’s creator did not look great.

Zuckerberg’s striking certainly leaves something to be desired, but luckily he likely won’t ever find himself needing to step inside the Octagon.

While the striking game seemed a bit uncomfortable for Zuckerberg, he did at least appear to work a bit more naturally in the ground game. Maybe his future is in the ADCC rather than the UFC.

Khai Wu, the fighter training with Zuckerberg, is a rising bantamweight prospect from California. Wu has put together a 6-3 career record in the sport and has won 4 of his last 5 fights.

Today, Wu will get one of the biggest opportunities yet in his career as he serves as the co-main event at A1 Combat 5. A1 Combat is run by former UFC bantamweight and MMA legend Urijah Faber.

The fight will air live on UFC Fight Pass.

Wu has been on the big stage before in his career. He appeared twice for Belabor early on in his MMA career, but unfortunately dropped both fights, one by split decision and one by TKO.

He’ll look to take better advantage of this big opportunity and maybe some of Mark Zuckerberg’s unbelievable success will rub off on him.