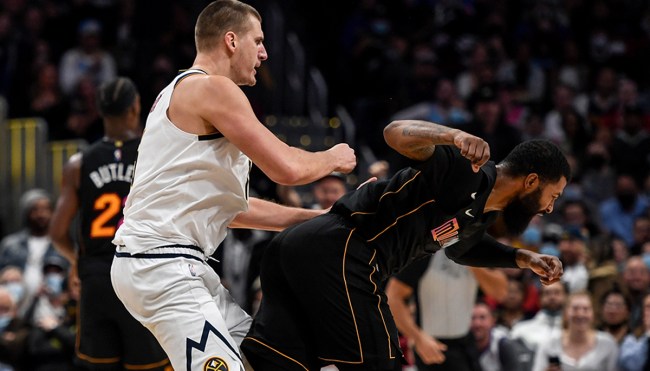 It’s been close to two months since Nikola Jokic treated us to one of the biggest doses of drama the NBA has produced this season by hitting Markieff Morris with a dirty cheap shot during garbage time of a contest between the Heat and the Nuggets on November 8th.

Both players were ejected from the game as a result of an incident that was sparked by Morris’ hard foul on the Nuggets star, but that didn’t do much to stop tempers from flaring. After the final whistle blew, a number of Miami players attempted to confront Jokic outside the locker room, and his two brothers escalated the situation even more by stoking tensions on Twitter.

Jokic was ultimately suspended one game for the blindside shove that has left Morris sidelined ever since, as Thursday marked the 30th contest he missed since being diagnosed with whiplash in its wake.

That dubious milestone was mentioned by the Legion Hoops Twitter account, and based on how Morris responded to the post, he’s still holding a grudge against the “300-pound sloppy fat boy” responsible for his length hiatus.

Ain’t shit wild about it! It’s a real injury! Imagine having a 300 pound sloppy fat boy run full speed and make direct contact with your spine! I’ll be back soon like I said. https://t.co/jMdySrLxuw

Damn, Markieff. Tell us how you really feel.