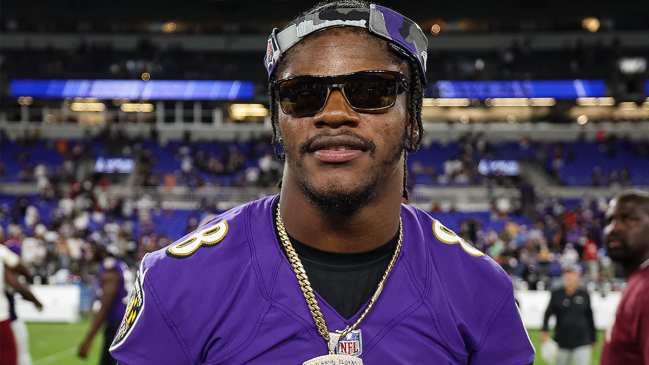 One of the biggest storylines surrounding the Ravens prior to the start of the regular season was whether or not Baltimore would be able to finalize a deal with Lamar Jackson, who headed into the 2022 campaign on the final year of his contract with the team.

Last week, the star quarterback (who is serving as his own agent) gave the Ravens a deadline concerning the potential extension in a move seemingly designed to prevent negotiations from becoming a distraction once the year officially kicked off.

However, the two sides were ultimately unable to come to terms prior to the cutoff date. As a result, Jackson (who will be an unrestricted free agent next year) will have a chance to use the season to prove he deserves the fully guaranteed contract he’s seemingly intent on landing after reportedly turning down an offer that would’ve paid him upwards of $250 million.

Jackson got his first chance to prove his worth when the Ravens opened up their season on the road against the Jets with a 24-9 victory where the QB threw three touchdowns (including one no-look pass where he channeled his inner Patrick Mahomes) while doing plenty of other Lamar Jackson Things.

Lamar Jackson with the “No look” touchdown pass was too smooth 👀🔥 pic.twitter.com/7RGeJsy9Vo

The win gave Jackson and the rest of the Ravens an excuse to grab a celebratory dinner after the game—but as one of his teammates pointed out, the face of the franchise couldn’t avoid falling victim to one of the major trappings of being one of the NFL’s most notable players during the meal.

On Sunday night, Ravens cornerback Marlon Humphrey called attention to a slight setback Jackson encountered during the meal, saying the QB’s dinner was “getting cold because the whole restaurant has lined up to take a picture with him.”

It actually sucks to be famous famous. This man Lamar dinner getting cold because the whole restaurant has lined up to take a picture with him

You have to imagine Jackson is fairly willing to put up with those types of inconveniences given the tradeoffs, but it’s still a reminder that the life of an NFL superstar is defined by some wildly unrelatable issues.