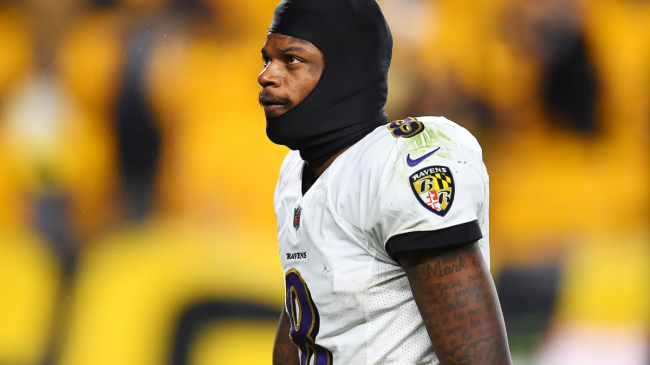 Lamar Jackson’s future is Baltimore is becoming more and more uncertain. Earlier today, the Ravens received some troubling news that hints the quarterback might be playing the upcoming season on the final year of his contract.

That could prove problematic as it might affect his effort or desire to put his body on the line should things begin to go south.

Or worse, he could decide to hold out.

While the latter option seems unlikely given Jackson’s commitment to the Ravens throughout the offseason, the fact that an agreement has not yet been reached is unsettling.

Kyler Murray and Russell Wilson have received deals of late, with Jackson expecting to be the next passer in line for an extension. The issue, though, lies with the terms that each side wants to negotiate.

Jackson appears to want a fully guaranteed deal, similar to Deshaun Watson’s in Cleveland. Baltimore doesn’t want to accept that notion, saying the Watson contract is an outlier. Neither Wilson’s nor Murray’s deals were fully guaranteed.

Another thing he’s been adamant on is not letting these negotiations trickle into the regular season. Jackson’s now given the Ravens a deadline on when he’d like to come to an agreement, leaving NFL fans to speculate the quarterback’s future.

According to Adam Schefter, Lamar Jackson has given the Ravens a deadline for contract talks.

“Lamar Jackson told reporters today that his deadline to get a contract extension done with the Ravens is Friday.”

One Dolphins fan thinks Jackson would look good in Miami green, though Tua Tagovailoa might not agree.

Even Baltimore’s rivals are taking part. Could he wind up in the Black and Gold?

The Future Is Bright 🤩 pic.twitter.com/y6d0vAlstE

What about the crosstown Eagles?

Maybe Jackson can become Daniel Jones’s replacement in New York. Imagine him and Saquon Barkley lining up in the same backfield.

While most of these are just attempts to troll the Ravens, it has to make the fanbase a bit uneasy to think about the face of the franchise playing in a contract year this season. The team has built the offense around Jackson, and he’s shown the ability to thrive having already won an MVP award.

Without Jackson under center, a lot of Baltimore’s progress could be wiped away.