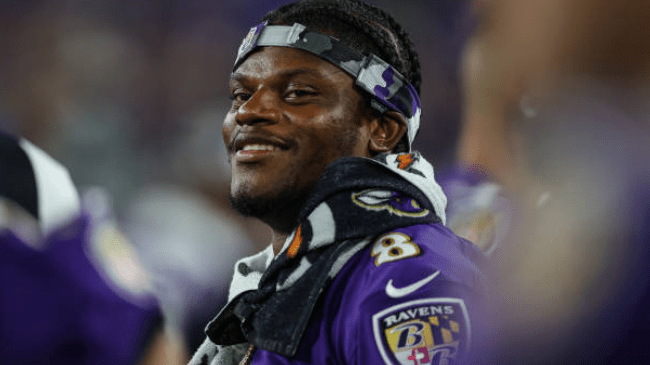 The Baltimore Ravens are getting dangerously close to having their star quarterback play out the last year of his rookie contract.

Throughout this NFL offseason, fans have been expecting to Lamar Jackson join the long list of quarterbacks who signed lucrative contract extension. For whatever reason, the Ravens never offered Jackson the contract he was looking for.

Now, we have just about reached the Week 1 deadline that Jackson set for contract negotiations and it doesn’t seem like a deal will be getting done before the season.

According to The Washington Post’s Mark Maske, there is pessimism about them reaching a deal to prevent Jackson from becoming a free agent at the end of the season.

From our story… There's a measure of pessimism around the Lamar Jackson contract-extension negotiations. One source said Tuesday it appeared more likely that, barring a last-minute shift in talks, Jackson will play this season under the one remaining year on his existing deal.

This seems like the Ravens are just asking for trouble here. The issue reportedly holding up the deal is that Jackson wants his contract to be fully guaranteed and the Ravens won’t meet that demand.

Jackson likely isn’t going to budge on that and the contract will probably only get more expensive for the Ravens after another year of the salary cap growing. The Ravens could try to have Jackson play on the franchise tag, but there are no guarantees he wouldn’t hold out.

The Ravens may need to rethink how they’re handling this negotiation if they want to make sure they are going to have a franchise QB beyond this season.