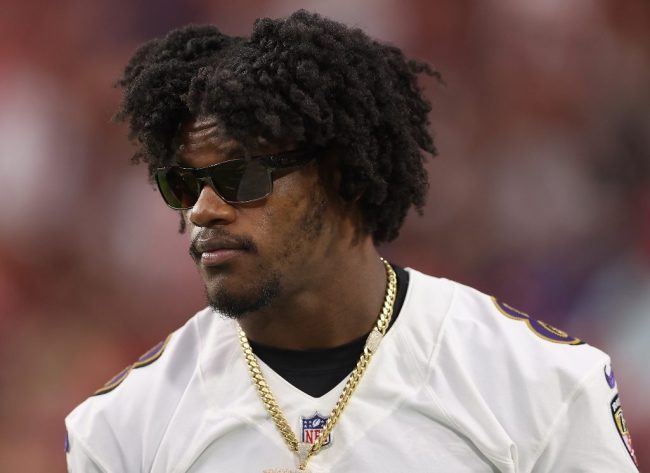 The Baltimore Ravens are in a great spot with the 2022 season approaching. They have one of the best rosters on paper and many view them as the team to beat in the AFC North. Regardless, Lamar Jackson’s new contract hangs over the franchise like a dark cloud, as he has yet to sign an extension. Now, we’ve finally learned the real reason why Jackson hasn’t signed a deal yet.

According to Jay Glazer, the Ravens have offered Jackson more money than Kyler Murray. One would think that’s the type of deal that Lamar Jackson would sign. However, the superstar quarterback wants the new deal to be fully guaranteed. Considering football is one of the most dangerous sports, it makes sense for him to want guaranteed money.

Lamar Jackson has been offered more money than Kyler Murray, per @JayGlazer

Both sides can't agree on an extension because Jackson would like his contract fully guaranteed @brgridiron pic.twitter.com/jo3NxTKPvA

Additionally, the Cleveland Browns gave Deshaun Watson a ludicrous deal amid the multiple sexual assault allegations. After being suspended 11 games in the 2022 season, you’d think other superstar quarterbacks are much more deserving of a large deal than Watson. The Ravens rely on Lamar Jackson as well, as he’s the key component of the offense. Jackson and his agent are likely using all of this information as a way to justify asking for a fully guaranteed extension.

The clock is ticking for Baltimore. Every year the salary range spikes. Lamar Jackson’s patience has been the perfect decision, as every time a quarterback signs a deal, his asking price goes up. We should expect the Ravens to do everything possible to sign their star quarterback before the start of the season. Regardless, it sounds like he won’t budge until his demands are met.