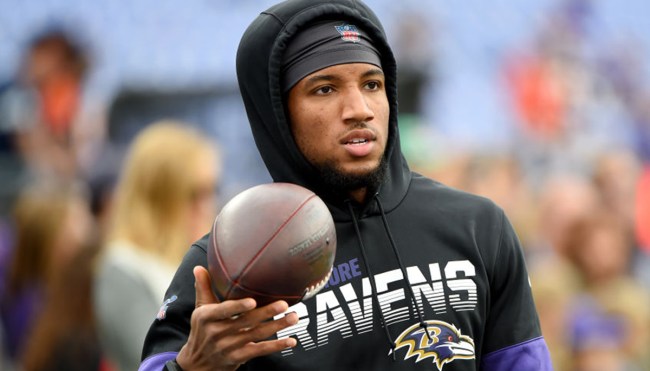 HBO is widely credited with ushering the Age of Prestige Television around the turn of the millennium with shows like Oz, The Sopranos, and Six Feet Under (in addition to being largely responsible for bringing it to a definitive close with the wet fart that was the ending of Game of Thrones).

As a result, you’ll find plenty of programs produced by the network sitting near the top of lists ranking the best television shows of all time—including one series that seems to find its way to the number one spot more often than not: The Wire.

In the 1990s, David Simon deployed the knowledge he gained over the course of his twelve years as a crime reporter for The Baltimore Sun to help write and produce the NBC series Homicide: Life on The Street. When he teamed up with HBO in the early 2000s, he had the chance to provide viewers with an unprecedentedly raw and unfiltered look at the criminal ecosystem of Baltimore and took full advantage of the opportunity.

The Wire cemented itself as one of the best TV shows ever made thanks to its stellar writing and some incredibly compelling characters elevated by the performances of a truly phenomenal cast—especially Michael K. Williams, who played the walking nightmare who was Omar Little.

Last month, Williams tragically passed away from an accidental overdose in his New York City home. The news sparked a flood of heartfelt tributes to the actor, and during their first home game following his death, the Baltimore Ravens got in on the action by having the team take the field to Omar’s signature whistle.

It appears the whistle may become a new tradition at M&T Bank Stadium based on the electric reaction it managed to generate, but it would appear there’s one member of the Ravens who is fairly ambivalent about that development.

On Thursday, cornerback Marlon Humphrey was asked about the whistle at a press conference and admitted he wasn’t able to hear it when it debuted. He could’ve simply stopped there, but (as the kids say) it would appear he woke up and chose violence, as he decided there was no better time to reveal he couldn’t make it through more than two episodes of The Wire.

Marlon's bad takes continue 🤣🤣🤣@marlon_humphrey not a fan of The Wire pic.twitter.com/RE8NrjMCgz

How did that go over with Baltimore fans, you ask? About as well as you’d think.

Who needs a cornerback? https://t.co/NAbxd68dQl

I've been listening and reading athlete anti vaxx quotes all week…THIS is by far the most offensive, unintelligent, infuriating take I've seen yet..CUT HIM FROM THE RAVEN AND CANCEL THIS MAN!! https://t.co/NtrItpEDOG

I don’t think you can play for the Ravens and say this out loud https://t.co/PgPlLlFz9r

This might be the worst take in the history of takes https://t.co/K9mbbYiJ6n

Doesn’t eat mac-and-cheese, and dropped ‘The Wire’ after two episodes.

i dont care how good he is. cut him now and arrest the man. the wire is goated https://t.co/LZVHFtCbHu

Got to cut him now https://t.co/AdQLiCOaSw

In the immortal words of Clay Davis…