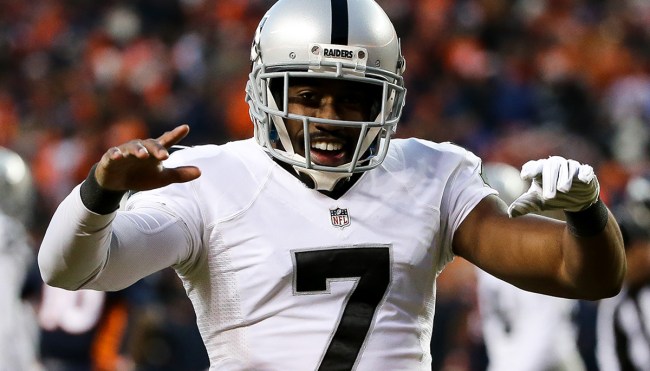 On Friday, we were treated to the kickoff of the newest season of the literal reality show known as Well, That Escalted Quickly courtesy of Jon Gruden, who found himself in scalding water thanks to an email he sent in 2011 where he used some Very Problematic Language to describe the lips of NFLPA executive director DeMaurice Smith.

On Sunday, The New York Times published more emails that didn’t exactly paint Gruden in the best light—including one where he deployed some homophobic slurs to bash Roger Goodell. It didn’t take long for Cancel Culture to strike again, as the head coach of the Raiders added “former” to the beginning of that title when he resigned from the position on Monday night.

On Tuesday, Gruden’s past came back to haunt him yet again after NFL fans turned their attention to a report that came out in 2018 that suggested he cut Marquette King from the Raiders roster a few months after returning as the head coach of the team over issues with the electric punter’s personality.

Plenty of people were surprised by King’s release when the news first broke, as he was one of the more reliable players on a team plagued by inconsistency. However, the racist overtones of Gruden’s email concerning Smith led many people to speculate “personality” was a euphemism for another factor that may have played a role in King getting cut.

I mean Marquette King getting cut by Jon Gruden for his personality not his punting feels a lot different now. https://t.co/RPQXSICGcI

Dang, and ever since Jon Gruden was the Raiders head coach the first player that was cut was Marquette King. Makes you wonder

Surprised the guy who unceremoniously cut Marquette King for being "flashy" would do such a thing https://t.co/rEPgfNOLma

This Jon Gruden stuff has me looking at him cutting Marquette King different. Like, dude was arguably the best at his position and was All-Pro a few years prior. What was that *really* about?

Marquette King is not surprised at all! https://t.co/zxPxh1fwXq

Remember when you start defending Jon Gruden, that he kick Marquette King for seemingly know reason. And King was in to the top 5 with hang time. But I know the defense force is coming out.

There’s obviously no way to know why Gruden really cut King—unless there are some more emails just waiting to see the light of day.