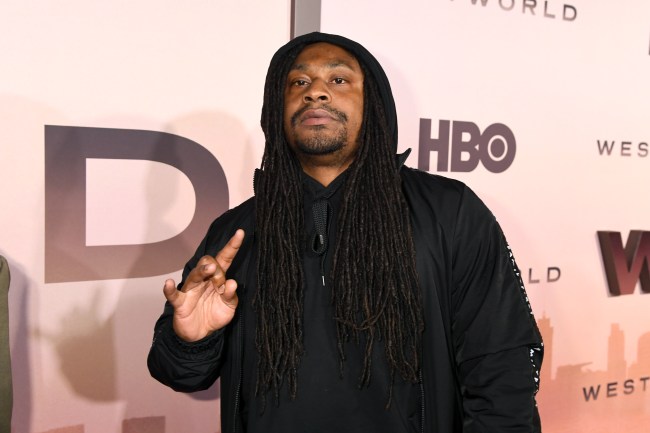 Marshawn Lynch definitely has a future in commentary.

On Saturday, the retired NFL runningback made his broadcast debut on the Fan Controlled Football league where he serves as an owner and a player.

During the league’s first game, Lynch jumped in the booth to talk about how he was going to eat some food, take a shit and jump on the field to play.

put marshawn lynch in the announcer booth for every game ever pic.twitter.com/uwlLErlOqY

I’m going to go ahead and throw back this Caesar salad with the croutons and all this shit, and go ahead and take me a nice fat shit, get my stomach all right and everything. and then I’m going out there and run for 200 on a 50 yard field.

Apparently, Lynch also dropped a ton of f-bombs while in the booth.

Marshawn Lynch has said "motherfucker" twice and it's the first half https://t.co/M5IdGobjwa

I just turned this on as Marshawn Lynch called someone a motherfucker. And their helmets don’t match. And extra points have an all-time center? I’m hooked. https://t.co/6ZV4k1GBIF

The coolest MF ever https://t.co/BhAYmN50Ko