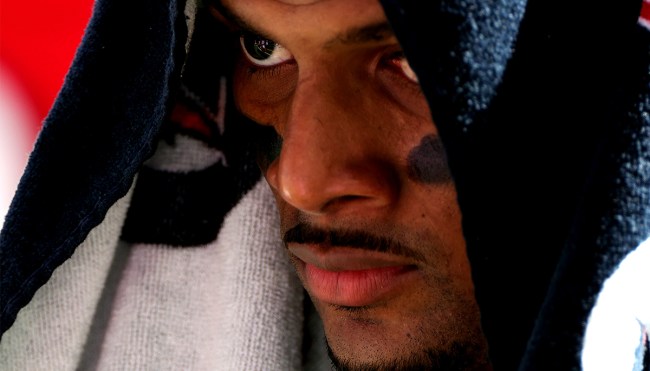 The question of whether or not “irony is dead” has been a fairly hot topic of conversation over the past couple of decades among the types of people you’d expect to get way too invested in such a debate, and in recent years, it seems like there’s been an uptick in the number of the seemingly unbelievable and patently absurd stories with headlines that could’ve been ripped straight from The Onion.

As someone who hasn’t taken an English class since my freshman year of college, I’m not even going to pretend I know enough to weigh in on that first discussion. With that said, I know irony when I see it, and if it wasn’t dead before, we may now be able to put the final nail in the coffin courtesy of a story that’s surfaced out of Cleveland.

By now, most NFL fans are all too familiar with the seemingly neverending saga stemming from the many allegations of sexual misconduct and sexual assault that were levied against Deshaun Watson by the dozens of women who accused him of soliciting and forcing them to perform various acts during massages.

As of this writing, Watson’s future is still up in the air as the league continues to deliberate the punishment it will hand out after rejecting a proposal that would’ve resulted in the quarterback being suspended for a fairly paltry six games.

While he may have the support of the Browns fans who sadly (albeit predictably) gave him an incredibly warm welcome at training camp earlier this week, he’s understandably drawn the ire of plenty of critics—including an organization that just so happened to pick Cleveland as the location for an upcoming convention for…massage therapists.

According to Cleveland Scene, the American Massage Therapy Association is currently gearing up for an annual gathering that will be held from August 25th to 27th at the Huntington Convention Center in downtown Cleveland—a venue that’s about as close as you can get to the stadium the Browns call home. 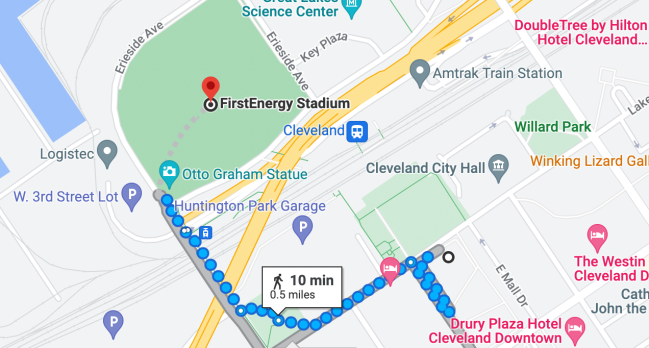 The group behind the conference released a statement to address the virtually unavoidable elephant in the room (which was issued before the NFL announced it would not be adopting the recommended disciplinary plan), and it’s safe to say they did not mince words while addressing the allegations against Watson:

“AMTA strongly believes that any client who steps over the line to inappropriate touch should face the legal consequences. And it’s disappointing to see such a relatively light punishment from the NFL levied toward Deshaun Watson in their findings of his violation of the league’s personal-conduct policy.

If the NFL is concerned about professionalism and upholding high standards in the league, creating a safe workplace for all members of athletes’ care teams should be a priority. We hope the league is taking measures to ensure that the massage therapists on the Browns’ personnel and throughout the NFL, as well as those supporting individual athletes, are able to work in a safe and professional environment.”