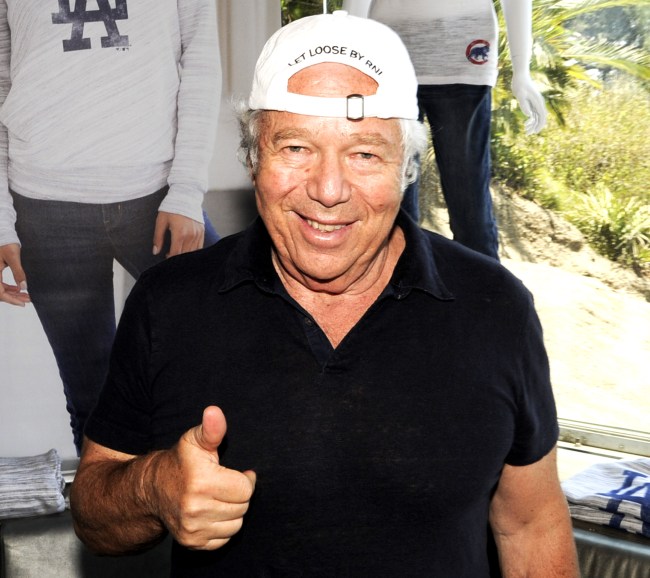 Robert Kraft’s posse of lawyers have been working overtime in an effort to stop the release of video from Bobby’s ellicit and allegedly illegal encounter at the Orchids of Asia Day Spa in Jupiter, Florida.

Back in late March, ESPN and other media publications began actively attempting to force the court in Florida to release the video of Kraft inside the day spa.

At that time, Martin County Sheriff William Snyder told CNBC, regarding the future of the tape, “Once a case is over, it’s not an ongoing investigation. There has to be a specific reason not to release a public record. And the fact that there is sexual activity is not an exemption.”

On Tuesday, Kraft’s attorneys said the video was “basically pornography” and requested the video not be released to the news media, in part because it “would violate Kraft’s right to privacy.”

According to court records, the video of Kraft inside the Orchids of Asia Day Spa involves a female employee “manipulating Kraft’s penis and testicles,” among other things.

On Wednesday, it was announced that Florida prosecutors were going to release the Kraft tapes to the public before a judge ruled on whether or not they should be kept under seal.

Thus far, despite the prosecutors’ and media’s efforts, the tapes have still not been released to the general public.

On Friday, it was revealed that the two women who have been charged for their actions in allegedly running the Orchids of Asia Day Spa, Hua Zhang and Lei Wang, claim that someone inside the Jupiter Police Department or the the Palm Beach County State Attorney’s Office has leaked the footage of Robert Kraft’s visit to the spa.

A court motion filed on their behalf on Thursday stated, “Considering the fact that only the Palm Beach County State Attorney’s Office and the Jupiter Police Department has possession, custody, and control of the video surveillance, it is a logical conclusion that someone must have leaked the video surveillance, in direct violation of this Court’s Order.”

The motion also cited a report published on The Blast.com which claimed the site “was recently contacted by a party who claimed to have obtained portions of the actual video taken of Kraft from Orchids of Asia Day Spa & Massage Parlor in Jupiter” and that representatives of the site have viewed the footage.

In the video, the 77-year-old is already undressed and laying on the massage table with his hands placed behind his head. The camera angle is an overhead shot, and it’s believed the camera was placed in the ceiling.

The video sample we were shown was only a portion of the videos collected by authorities, but it was enough to verify it’s legit.

Zhang and Wang’s lawyers are asking a judge to hold the Jupiter Police Department and/or the the Palm Beach County State Attorney’s Office in criminal contempt because the release of the video would “egregiously jeopardize their rights to a fair trial.”

It’s still unclear whether a judge will be ruling one way or another on the contempt motion filed by the two women. However, a judge is expected to rule on the release of a blurred version of the surveillance tapes before the end of April.