How Tough Are The Conditions At Augusta National Heading Into The Masters? Xander Schauffele Says He’s Preparing For ‘Torture’ 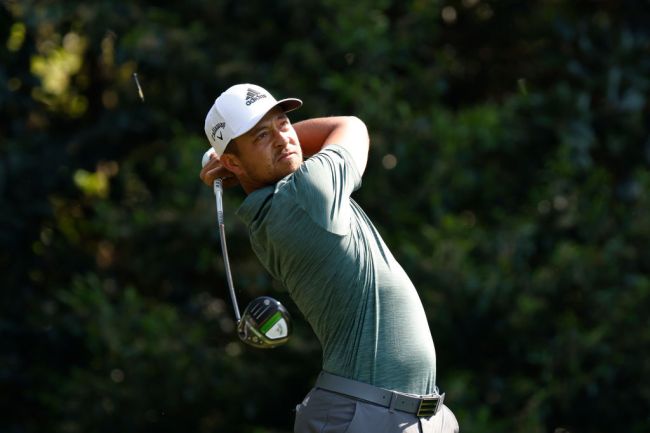 There were many reasons as to why November’s Masters was labeled as ‘the most unique Masters in history,’ with the most obvious one being the fact that it was played in the Fall and not the Spring. The conditions were soft and extremely gettable in November, hence Dustin Johnson setting the tournament record at 20-under par while winning the green jacket. We’re not going to see 20-under par this week, we may not even see 10-under par given how some players are describing the conditions leading into the 85th edition of the Masters.

Each player that’s stepped into the media room at Augusta National has spoken on just how firm and fast the course has been early this week. Firm and fast is one thing, but Xander Schauffele used a different word to describe the conditions: torture.

“I think every guy who plays professional golf is a little bit of a masochist,” Schauffele said, according to Golfweek. “So, I’m here for the torture, and my caddie and I will do our best if it gets really tough.”

Describing the conditions we saw at Augusta in November as ‘easy’ may be a stretch, especially for me sitting behind a keyboard, but they were certainly friendlier to players than what they’ll see this week. Fred Couples went as far as to say it’s “as difficult as the course has played in a long, long time.”

Related: Top Storylines To Pay Attention To At The 2021 Masters: Spieth’s Return To Form, Koepka’s Health And History On Thomas’ Side

Some players will welcome the tougher conditions, while others will be swallowed up by the stiff test put on by Augusta National.

“When the greens are soft, it’s irrelevant because you can fly the ball over all the trouble. Angles don’t matter. I plugged a 5-iron last November into the second green. It plugged,” Mickelson explained.

“The guys are so precise in their ability to fly the golf ball the correct yardage with every club that if you have soft receptive greens, it’s like having a military and then not giving them any weapons, right? It’s defenseless.”

As of Wednesday afternoon, there is a 50% chance of scattered thunderstorms on Friday and a 75% chance of thunderstorms on Saturday. Rain would certainly soften the course a touch, but given how it has been set up early this week and the maintenance crew’s ability to control just about every square inch of the property, we could be in store for one of the most chaotic Masters – in a good way – we’ve seen in quite some time.