5 Bold Predictions For The 2021 Masters: A Surprising Favorite Wins The Green Jacket, Veteran Contends On Sunday 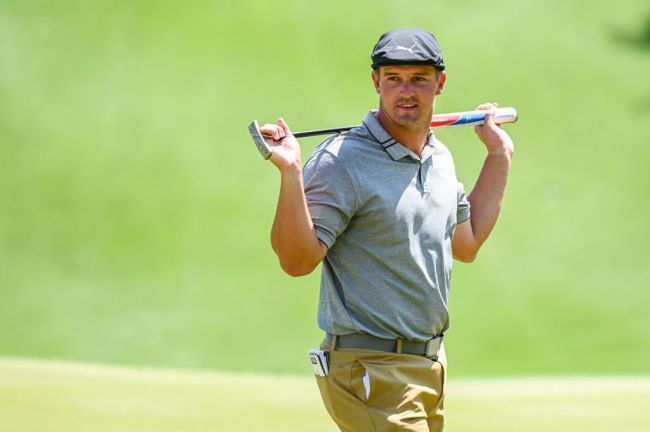 We’re almost there. The first tee shot is soon to be launched off the first tee at Augusta National and the 2021 Masters will be underway. Until then, you’ll likely go back-and-forth with your predictions. You’ll talk yourself into thinking one player will win, while you’ll end up fading your original favorite for the week.

The winning score at this year’s Masters won’t be anywhere close to Dustin Johnson’s record-setting 20-under par we saw in November, that’s a guarantee, but will the winning score even reach 10-under par? I say no.

The last time a Masters champion didn’t post double digits under par came in 2017 when Sergio Garcia won the green jacket at 9-under. The year prior, Danny Willett won at just 5-under. I think we get a winning score closer to 5-under par than we do 10-under given how players have talked about how quick and firm the golf course has played early on in the week.

Related: Top Storylines To Pay Attention To At The 2021 Masters: Spieth’s Return To Form, Koepka’s Health And History On Thomas’ Side

While he did pick up back-to-back runner-up finishes earlier in the year, he finished T-39 at the WGC event at Concession and followed that up with a missed cut at The Players. Given the questionable form and the driver getting a bit wayward so far this season, I see it being a short week for the X-man.

No, he won’t win on Sunday, but DeChambeau will be among the final groups after holding the lead heading into the weekend. I believe DeChambeau is in store for a big week but misses out on that crucial break or two that all Masters champions have received throughout a winning week. Having DeChambeau atop the leaderboard heading into the weekend would make this the most intriguing Masters weekend of the last decade outside of Tiger Woods’ win in 2019.

Related: Making A Case For, And Against, Masters Favorites To Win The Green Jacket

Paul Casey Will Be Low International

Casey has spent the majority of his career as an under-the-radar player and he enters this week in that same role but is certainly among many people’s sleeper picks to find the winner’s circle this weekend.

Part of the reason the 43-year-old Englishman is looked at as an underdog is due to the fact that he has just three PGA Tour wins to his name with his last coming in 2019. He’s put together a strong season thus far, however, with four Top 10 finishes in his five starts in 2021 and ranks 22nd on Tour in strokes gained: total. He’s been among the best ball-strikers on the planet since the new year and has five career Top 10 finishes at Augusta National.

Casey will top the likes of Jon Rahm, Lee Westwood, Rory McIlroy, and Viktor Hovland as the low man among the Internationals in the field.

Given the fact that nobody not named Brooks Koepka fully understands the status of his recently repaired right knee, picking Koepka to win his first green jacket this week is about as bold as predictions come when discussing favorites in the field.

Koepka telling Golfweek “If I knew I was going to finish second, I wouldn’t have shown up, I feel I can win. I’ll play, I’ll play. I’ll be all right” is all I needed to hear to know that he means business this week.

You simply can not doubt Koepka at a major venue. Since 2017, Koepka has led or co-led a major for 13 total rounds, five more than anyone else in the game of golf. Prior to his knee surgery, Koepka won the Waste Management and picked up a T-2 at the WGC at Concession. He’s gone T-2 and T-7 in his last two starts at Augusta National and has been dominant tee-to-green here over the years. He wins the green jacket when most of the world is doubting him, which is exactly the situation Koepka has thrived in throughout his career.