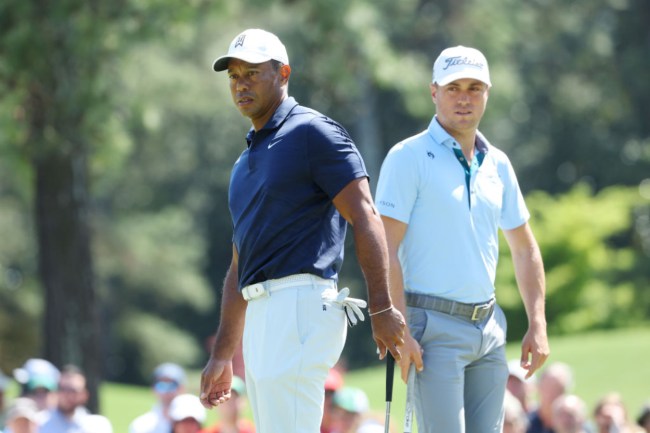 A total of 14 different players have won the Masters over the course of the last 16 years dating back to 2005. While that stat shows quite the variation in green jacket winners, each of them had one thing in common.

According to Justin Ray, knower of all golf stats, each of the last 16 Masters champions were tied for 11th or better after the first round.

Each of the last 16 champions were T-11 or better after the opening round.

Tiger Woods’ improbable win in 2019 may come to mind after seeing that stat, seeing as how that marked the first time he ever won a major when not leading into Sunday. Woods was indeed tied for 11th after his opening 18 holes that year at 2-under par.

Last year’s Masters winner, Hideki Matsuyama, was tied for second, but four shots back, of leader Justin Rose after 2021 first round at Augusta National.

This stat about the first round leaderboard is certainly one to keep in mind if you’re looking to pick an eventual winner after Thursday’s action. If you believe the streak will extend to 17 consecutive years, you may want to keep your player pool to names inside 11th or better on the leaderboard.

Click here to grab 30-1 odds on Jordan Spieth, Dustin Johnson, or Rory McIlroy to make the cut with the latest FanDuel Masters promo.