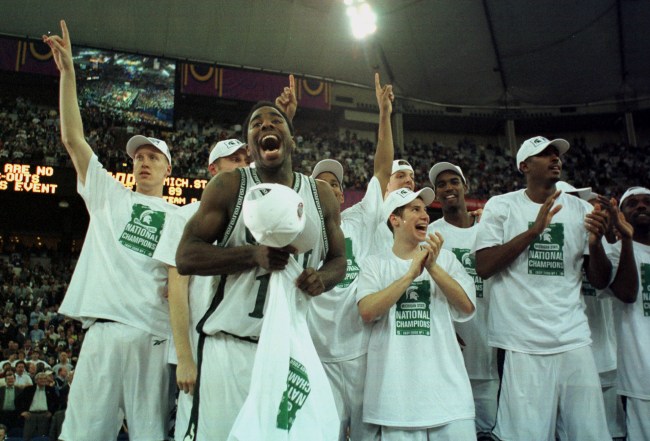 Being a Division-I athlete is a huge accomplishment in someone’s life. Then winning a National Championship as a D-1 athlete has to be even more incredible. Doing it all as a walk-on, as former Michigan State Spartans basketball player Mat Ishbia did, has to taste even sweeter. Like, for most people, that paragraph is enough to hang their hat on and be their claim to fame for decades. But not Ishbia — because ol’ dude has really overachieved since his college basketball days.

Sure, he was busy celebrating an NCAA Tournament victory with guys like Mateen Cleaves and Morris Peterson 20 years ago — even taking the final shot in that Championship Game — but Mat Ishbia has long left his basketball days behind him; which was one helluva decision. That’s because, following graduation from MSU, the pint-sized guard got himself into the financial industry, and, in 2013, took over as the CEO of a wholesale lender called United Shore.

Fast-forward to 2020, and Ishbia is now about to be one of the richest people on the planet, with Forbes recently reporting that his net worth is a whopping $11.3 billion — which is more than prominent names like LeBron James, Shaquille O’Neal and, oh yeah, some guy named Michael Jordan combined. That’s quite the accomplishment.

The wild leap into the billionaires club for Mat Ishbia’s net worth comes after his company recently went public, following a deal with Nasdaq worth about $16 billion. In a savvy move, the former Sparty walk-on is expected to receive 70 percent of the company’s stake, which only goes to show that the world’s billionaires continue to keep getting richer during the pandemic.

While it’d be easy for Mat Ishbia to continue printing money and forget about all the people he met along the way, he’s actually done the exact opposite, even having the aforementioned Cleaves — the face of that 2000 Spartans title team — as a host on his company’s podcast. That’s pretty awesome.

There are tons of popular figures who have graduated from Michigan State, with Magic Johnson probably being one of the first that comes to mind. And, just like Magic, Ishbia has proven that there’s life after basketball — even if the two had very different journeys — with both reported billionaires.

Nobody would’ve thought that a runt of a walk-on guard would’ve become one of the world’s richest people 20 years later, so, for all those who might be stuck in a rut right now, hopefully Mat Ishbia’s story reminds you that literally anything is possible.