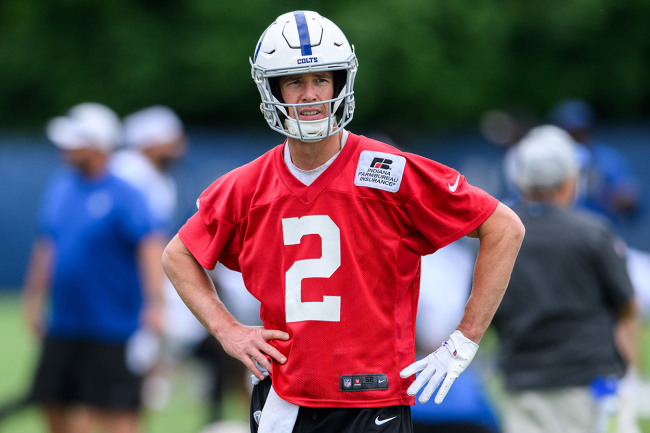 Matt Ryan is exactly two losses away from history. But they’re very specific.

Thee 37-year-old quarterback is extremely close to setting a record that isn’t a good one. As things currently stand, he has lost to 29 of 32 NFL franchises throughout his 14-year career.

No quarterback in NFL history has ever lost to 31 of 32 NFL teams and Ryan could reach that mark in 2022 after getting traded from the Indianapolis Colts to the Atlanta Falcons. Should he get there this fall, he could go on to lose to all 32 teams by the end of 2023.

During Ryan’s career, he has never lost to the Raiders, the Jaguars or the Falcons. He will play the former two this year.

The Colts will play the Jaguars in Jacksonville in Week 2 and will host them in Indianapolis in Week 6. Indianapolis will then play at Las Vegas in Week 10.

If Matt Ryan cannot win all three of those games, he will make history as the only quarterback to have lost to 31 NFL franchises.

Even if he loses all three games, he is not scheduled to play his former team this year, barring an unforeseen Super Bowl run by both Indianapolis and Atlanta. So he cannot become the first quarterback to lose to all 32 organizations— yet.

However, the Colts are scheduled to square-off with the Falcons in 2023, when their schedule includes the NFC South division. If he loses one of two (or both) games to the Jaguars and his one game against the Raiders this year, Ryan’s return to Atlanta will have even more meaning than it already does.

Should Ryan and Indianapolis lose one of the three games against Vegas or Jacksonville in 2022, he will join seven other quarterbacks who have lost to 30 of 32 NFL teams. That list includes Drew Bledsoe, Drew Brees, Brett Favre, Matt Hasselbeck, John Kitna, Carson Palmer and Alex Smith. Will Ryan be the next name on that list?